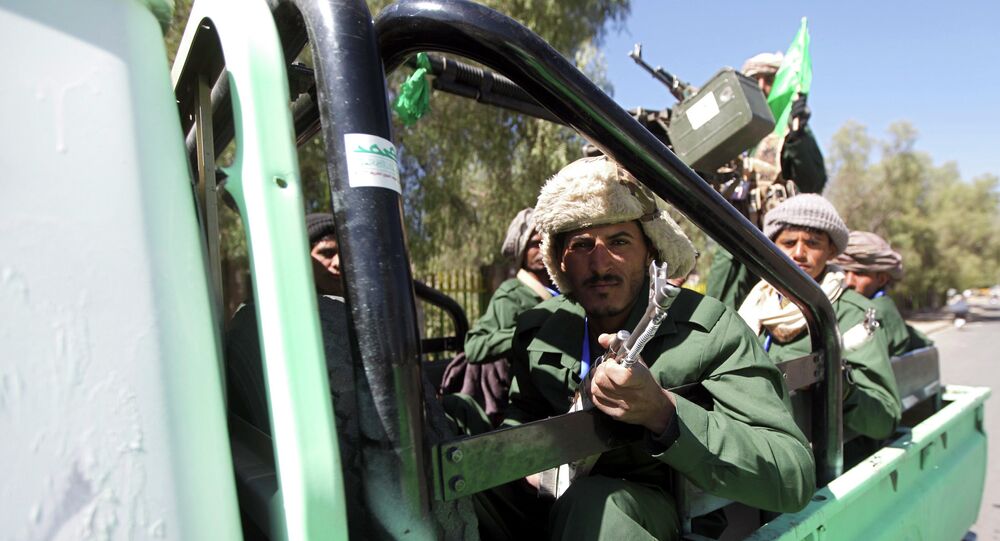 US Secretary of State John Kerry recognized the Saudi request for withdrawal of the Houthi fighters from the Saudi-Yemeni border as legitimate, US Department of State spokesman Mark Toner said on Sunday.

© AP Photo / Hani Mohammed
Yemen’s Ex-President Calls on Houthis to Mobilize Forces Along Saudi Border
WASHINGTON (Sputnik) — Earlier in the day Kerry had phone talks with Deputy Crown Prince Mohammad Bin Salman and Foreign Minister Adel al Jubeir on the situation in Yemen, according to the US Department of State.

"The Secretary also noted, as part of the broader de-escalation effort, the Kingdom of Saudi Arabia's legitimate request that the Houthis pull back weapons from Saudi Arabia's border and respect its territorial integrity," Toner's statement said.

According to the statement, Kerry voiced deep concern over the deadly airstrike hitting a funeral ceremony in Sanaa on Saturday and welcomed the Saudi commitment to investigate the incident.

The attack in Sanaa reportedly claimed 213 lives leaving hundreds of people injured. The Saudi-led Arab coalition denied allegations of the Houthi rebels that it was involved in the incident and expressed readiness to cooperate with the United States in the investigation into the attack.