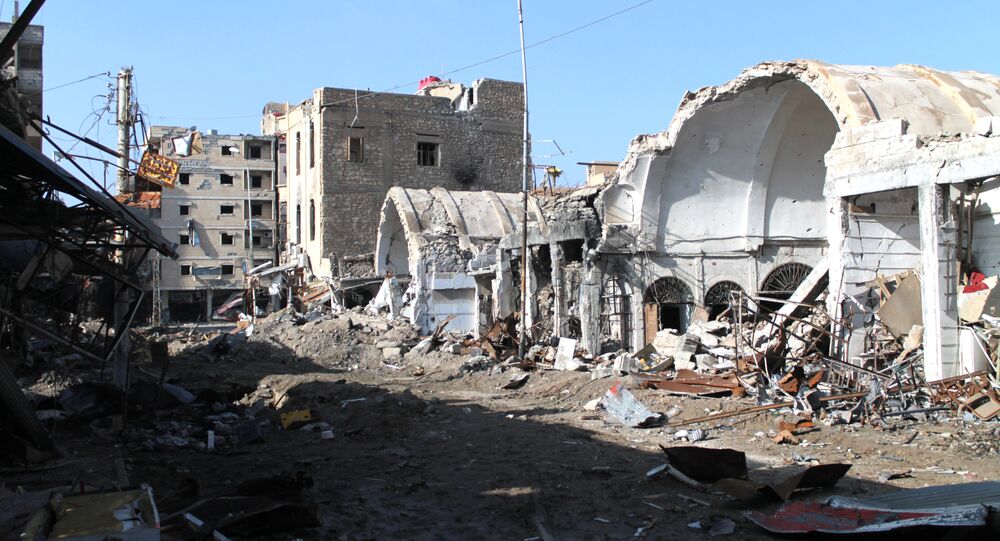 From the Very Start, US 'Had No Intention of Honoring Syria Ceasefire Agreement'

The current aggravation over the differences between the Russian and US stance on Syria comes as no surprise to Moscow. The US began planning to sabotage the ceasefire even while the ink on the agreement was still wet, Russian military expert Igor Korotchenko told Radio Sputnik.

© AP Photo / Lefteris Pitarakis, File
US 'Hardly to Go to the Length of a Full-Fledged War' in Syria
American opponents to the ceasefire agreement between Russia and the US began planning to disrupt the hard won truce almost immediately after it was signed, Igor Korotchenko, a member of the Russian Defense Ministry’s civic council and editor-in-chief at the Natsionalnaya Oborona ("National Defense") magazine told Radio Sputnik.

"Right after the signing of the agreement, the Pentagon was the first to announce that it won't adhere to the articles of the agreement and won't provide the Russian military with any information," he said.

"It looked very strange taking into account that the power in the United States is concentrated in the hands of the president, in this particular case of Barack Obama," the expert noted.

It is absolutely impossible to imagine that any American ministry, department or other institution would announce that it was not going to fulfil this or that intergovernmental agreement reached on behalf of the US president, said the military expert.

However this is exactly what happened, Korotchenko said, and to the world looking on it is completely shocking.

"Certain American actions which followed the Pentagon's announcement left no doubts of the US' intentions: the so-called "mistake" of the US Air Force at Deir ez-Zor and loud accusations of Moscow over the operation of the Russian Aerospace Forces and the Syrian army in Aleppo were aimed at paving the way for the US to exit the agreements," the military expert told Sputnik.

He further explained that it became only too clear that the US has been pursuing its previous purposes in Syria, namely the toppling or physical elimination of Bashar Assad and transferring control of the country to those Syrian opposition groups openly supported by the US.

This is another example of the US trying to push Russia out of the zone of its traditional geopolitical interests, he added.

However Korotchenko said that the mere unwillingness of the part of the American establishment to cooperate with Russia is no surprise to Moscow.

"We understand that the American political and military establishment on the whole feels hostile towards Russia. The reason is our unwillingness to fit into the tideway of the US foreign policy," he told Sputnik.

"We are not US satellites. We have our own interests and we'll be defending them," he finally stated.