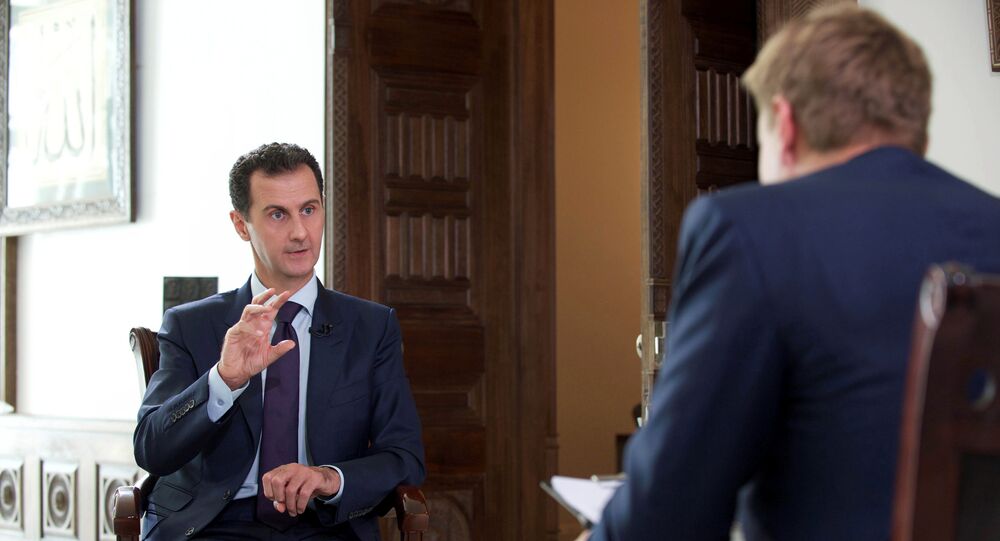 Syrian President Bashar Assad said he regretted the breakdown of Russia-US cooperation on ceasefire in the country, but said he knew from the start it would not work.

© Sputnik / Mikhail Alayeddin
US Ready 'to Do Whatever It Takes to Prevent Assad From Liberating Aleppo'
MOSCOW (Sputnik) – On October 3, US State Department deputy spokesman John Kirby announced that Washington was cutting off participation in bilateral channels with Russia on sustaining a ceasefire agreement in Syria.

"We regret it, but we knew in advance that it wouldn’t work, because the agreement, it’s not only about the talks between the two great powers, it’s not about what they’re going to sign or agree upon; it’s about the will, and we already knew, we had already known that the Americans didn’t have the will to reach any agreement," Assad said in an interview.

At the same time, the Syrian army will continue fighting militants until they leave Aleppo, and will not accept that terrorists are controlling any part of the country, Syrian President Bashar Assad said.

"To continue the fight with the rebels till they leave Aleppo. They have to. There’s no other option. We won’t accept that terrorists will take control of any part of Syria, not only Aleppo. This is our mission, and this is our goal, and this is our next step," Assad told the Danish TV2 channel, as quoted by the SANA news agency, when asked what the Syrian army would do to retake eastern Aleppo.

The transcript of the interview was published by the state-run SANA news agency.