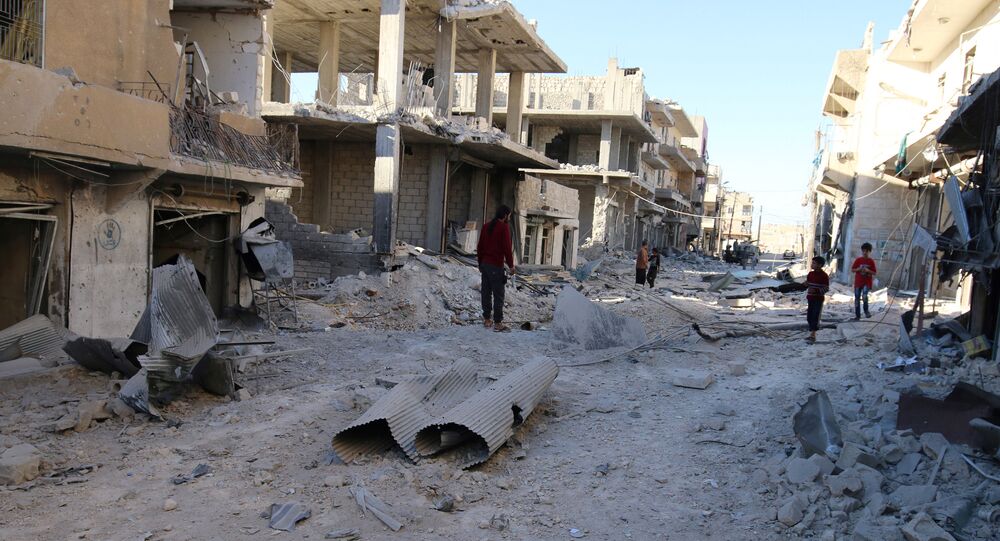 Syrian Conflict May Lead to Military Confrontation Between Russia, US – Official

According to a German official, the conflict in Syria may result in a military confrontation between Russia and the US.

© Flickr / Trocaire
Daesh Uses Women, Children to Smuggle Weapons Into War Zone in Syria – Ankara
BERLIN (Sputnik) – The conflict in Syria may result in a military confrontation between Russia and the United States, which is very alarming, Germany's Coordinator for Intersocietal Cooperation with Russia, Central Asia and the Eastern Partnership Countries Gernot Erler said on Wednesday.

"Taking into account development of the Syrian conflict since Monday it is impossible to rule out direct confrontation between the United States and Russia. Despite the tragedy that is taking place in Aleppo now that is a very alarming fact that we must take into account," Erler told the ZDF broadcaster.

On September 9, Russia and the United States reached an agreement for a peace process in Syria, engulfed in a raging war between government forces, opposition and terrorist groups like Daesh and the Jabhat Fatah al Sham (formerly known as al-Nusra Front), both outlawed in Russia and many other countries. One of the key provisions of the deal was to jointly differentiate between the opposition forces and terrorists.

A ceasefire between all the warring parties entered into force on September 12, and while it was supposed to last at least seven days for the next steps to be taken toward the Syrian settlement, it disintegrated soon, and both the government forces and the so-called moderate opposition claimed the other side had violated the truce.

On Monday, the US State Department announced it was suspending bilateral channels with Russia that were established to sustain a cessation of hostilities agreement in Syria. Russia responded with suspending a number of agreements with the United States including those on cooperation in scientific research and development in nuclear and energy sectors and the plutonium disposal agreement.