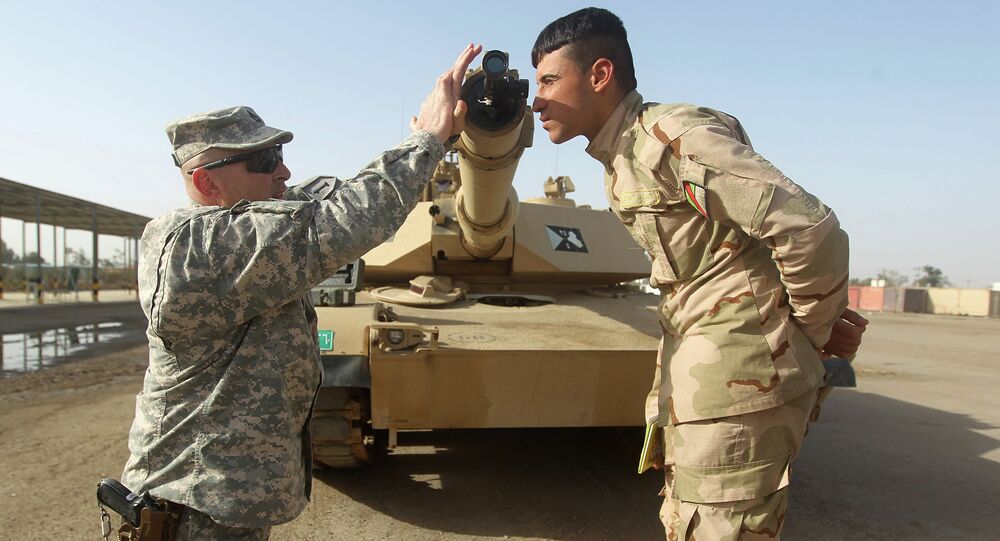 NATO to Abstain From Combat Operations Against Daesh in Iraq

NATO will focus on training local forces but will not meddle into direct fight against Daesh in Iraq, the alliance's chief said.

BRUSSELS (Sputnik) — NATO will not be conducting combat operations against Daesh militants in Iraq but will rather focus on providing further training to the local troops, the alliance's Secretary General Jens Stoltenberg said Wednesday.

"NATO will not be a part of combat operations. What NATO is doing is we are training forces and we will do more of that because we believe that in the long-run it is better that local forces, Iraqi forces are able to fight ISIL [Daesh] themselves instead of NATO conducting big combat operations," Stoltenberg told journalists ahead of the meeting of the Brussels conference on Afghanistan.

Daesh has been ravaging Iraq and Syria since 2014. The terrorist group has overrun certain territories in both countries and has declared the city of Mosul in Iraq as the capital of its so-called caliphate.

The Daesh terrorist group is outlawed in many countries around the world, including Russia and the United States.