Daesh militants are fleeing Mosul, the group's stronghold in Iraq, since a long-awaited large-scale operation aimed at freeing the second largest city in the country is expected to be launched in the coming days, Said Mamuzini, a press secretary for the Kurdistan Democratic Party in Mosul, told Sputnik.

"As part of the operation the Iraqi Armed Forces and Peshmerga are shelling Daesh targets in the areas close to Mosul," he said. "Additional security measures have been taken on the border. According to our information, the militants are digging trenches around the city, as well as setting up traps using explosives and mines."

The spokesperson added that Daesh fighters have placed booby-traps in empty houses and left trucks rigged with explosives on the outskirts of the city that the brutal group captured in a blitz offensive on June 10, 2014. 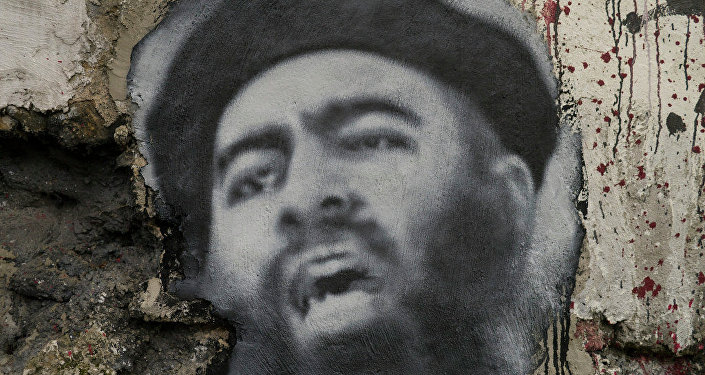 © Flickr / Thierry Ehrmann
Daesh Leader Baghdadi Suffering From Poisoning Attempt in Iraq
"Daesh is in a state of panic ahead of the operation in Mosul," he detailed. "According to our sources, many fighters have left the city for Raqqa," the group's de facto capital. "Daesh commanders and their families have moved to Raqqa en masse."

According to Mamuzini, the brutal group has relocated its key forces to Syria. This offers hope that the city could be liberated sooner than expected.

"Daesh's leader Abu Bakr al-Baghdadi is reportedly pursuing a new strategy with regard to Mosul. He told his fighters that if they are capable of fighting for Mosul, they should fight and if not, then they should leave booby traps and mines, destroy the city and flee," he said.

Iraqi Operation to Liberate Mosul From Daesh to Be Swift, Unexpected