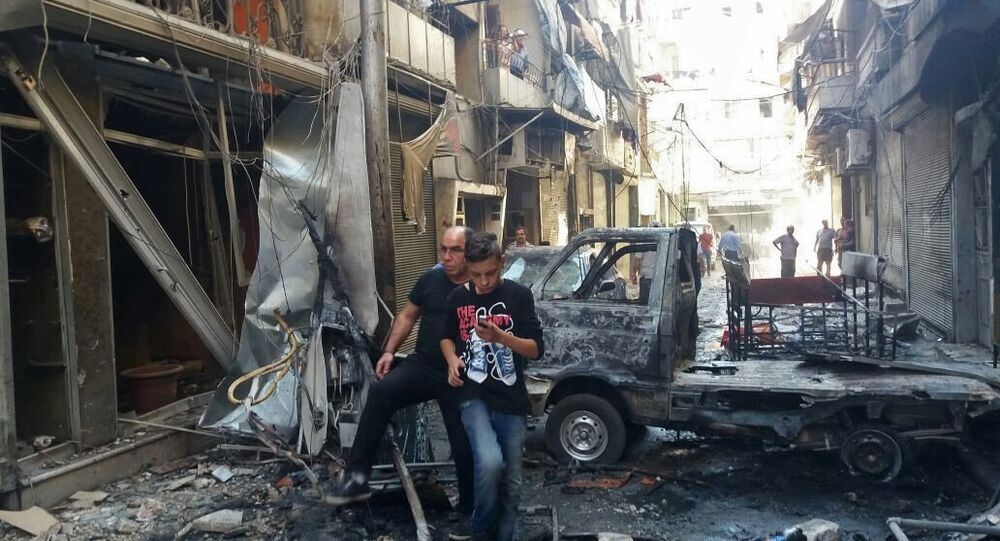 More than 340 people died and some 1,000 were injured in the Syrian city of Aleppo over the period of 10 days, World Health Organization (WHO) spokeswoman Fadela Chaib said Tuesday.

GENEVA (Sputnik) — According to Chaib, 342 people died, including 106 children, in the period from September 23 to October 2. A further 1,129 people were injured, with over 200 of them being minors, she added.

© AFP 2020 / THAER MOHAMMED
French Humanitarian Workers Shed Light on Situation in Besieged Eastern Aleppo (EXCLUSIVE)
The spokeswoman also stressed that the figures were provided by the official functioning medical institutions, and real figures could be much higher.

Earlier in September, the WHO called for the creation of humanitarian corridors in Syria's Aleppo to make possible the the transportation of the sick and wounded from the besieged eastern part of the city.

Aleppo has seen intense fighting over the past few months, with the Syrian army and local militia forces managing to encircle large groups of militants in the eastern districts of the city.