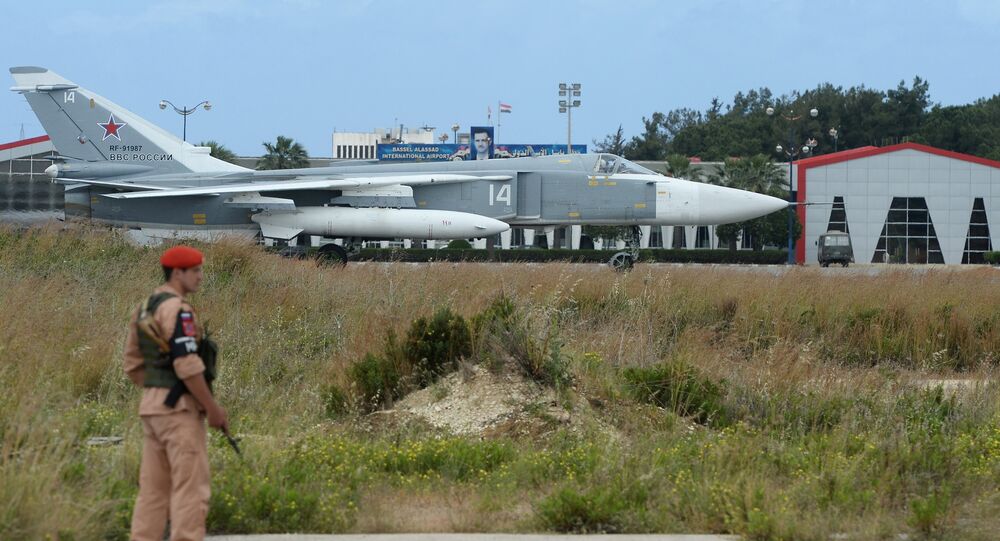 The Russian parliament has indicated that it may ratify a new agreement for the deployment of a Russian air group at Hmeimim air base by the end of the week.

"The State Duma may react with ratifying the Syrian air group agreement," a source told RIA Novosti. "And that would be the best response."

The agreement would authorize deployment of a Russian air group to the base for an unspecified period of time.

The source added that the agreement is a proper response to the US decision to suspend bilateral talks with Russia over Syria.

The Hmeimim air base agreement was signed in Damascus on August 26, 2015, and was submitted to the state duma for ratification in the beginning of August, 2016. Russia began its air campaign against the terrorist group Daesh, also known as IS/Islamic State, in Syrian on September 30, 2015, at the request of Syrian President Bashar Assad.