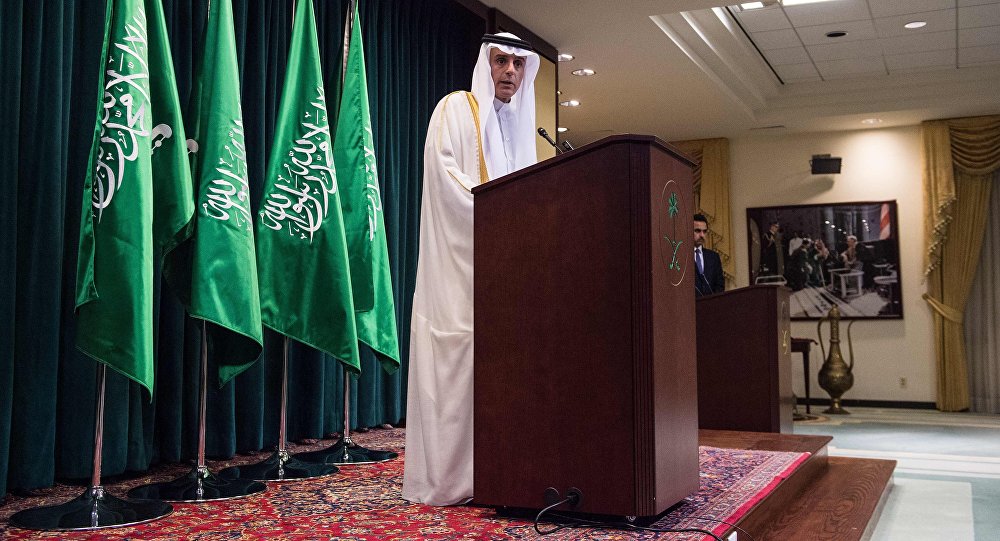 A new YouGov poll has found that more than 1/3 of Brits believe that the Kingdom of Saudi Arabia is responsible for the 9/11 terror attacks. It comes just days after the US Congress pushed through a controversial bill that will allow legal action against Saudi Arabia over the atrocity.

This month was the 15 anniversary of the shock terror attack on the US that changed the world forever. 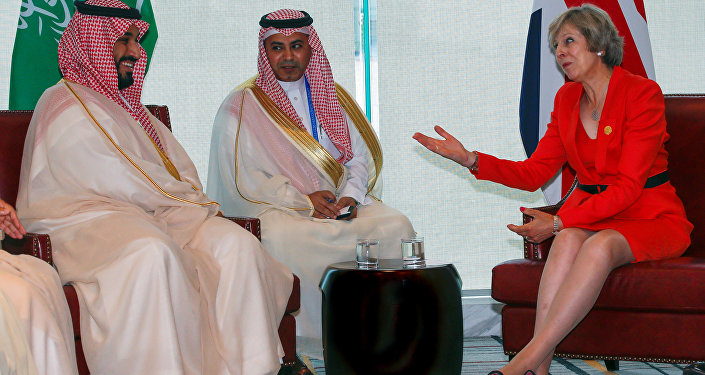 © REUTERS / Narendra Shresta
May Backs UK-Saudi 'Toxic Relationship' Amid Illegal Yemen Attacks Claims
For the families of the victims, their fight for the truth and for some sense of justice is still ongoing. Many have been lobbying US politicians for years to allow them to legally challenge those who they think bear some responsibility for the nearly 3,000 deaths: namely, the Saudi authorities.

An independent panel completed the 9/11 Commission Report a year after the attacks, which found that there was "no top Saudi link."

However, it was not enough to reassure some families who remain suspicious of a certain degree of Saudi involvement, even if not at the highest levels of government.

15 of the 19 hijackers, who seized passenger jets and crashed them into US landmarks, were Saudi citizens.

A YouGov poll released on Thursday, found that 38% of British people agree that Saudi Arabia is at least slightly responsible for 9/11.

38% of British people think that Saudi Arabia is at least slightly responsible for 9/11 https://t.co/ovybRov8J6 pic.twitter.com/suf2sTlEwe

However, the poll did reveal plenty of ambivalence. Breaking down the results, only 5% of the 3,244 Brits surveyed think that Saudi Arabia is "completely responsible"; and only 14% think that the Kingdom is "largely responsible."

Such doubts also linger in the US. However, on Wednesday this week, Congress overturned a veto by President Barack Obama to push through an unprecedented and deeply controversial bill. For the first time, it will allow the victims' families to sue Saudi Arabia for its alleged role in the terror attacks.

© AP Photo / Gene Boyars
Law Suit by 9/11 Victims Can Reveal Saudi Role Behind 2001 Terror Attacks
The Justice Against Sponsors of Terrorism (JASTA) legislation could potentially put the key US ally at risk for tens of billions of dollars in liability.

Speaking after Congress' vote, President Obama decried the decision as "a mistake."

He said that it set a "dangerous precedent" for individuals around the world to also try and sue the US government.

"The downside is potentially huge," he added.

The Saudis have lobbied furiously against the bill but to no avail. On Thursday, they warned the US of "disastrous consequences" for relations between the allies.

Yet, less than two weeks ago, the US Senate approved a US$1.15 billion weapons deal with Saudi Arabia, despite widespread allegations that the Saudis are using western-bought weapons to kill civilians in the ongoing conflict in Yemen.

However, political commentators see a shift in the way the decades long US-Saudi relationship is seen publicly. More than ever, politicians are being more vocal about their discomfort over some of the elements of the relationship — including on human rights, as well as allegations of complicity in global terror.

Never before have so many Senators gone on record supporting a rethink of the US-Saudi relationship. Didn't win, but a strong message.

Democrat Senator Chris Murphy, lambasted the connection before the weapons deal vote, earlier this month: "There is a U.S. imprint on every civilian death inside Yemen, which is radicalizing the people of this country against the United States."

The YouGov poll also asked Brits whether they think the UK too, should rethink its official ties with Saudi Arabia.

However, 35% said they were happy for the relationship to remain as it is. That's despite numerous allegations from human rights groups throughout 2016, that UK weapons sold to the Saudis are being used to kill civilians in the Yemen.

Labour leader Jeremy Corbyn said during the Labour Party conference this week, that if elected, he would drastically change the relationship.

"I make it clear that under a Labour government, when there are credible reports of human rights abuses or war crimes being committed, British arms sales will be suspended, starting with Saudi Arabia," Mr. Corbyn announced.

For the families of those who were killed in 9/11, the announcement that they now have the right to sue Saudi Arabia may seem like progress. However, with the Saudis furiously denying any involvement, it's unclear whether the families will ever see a penny of compensation from the regime.