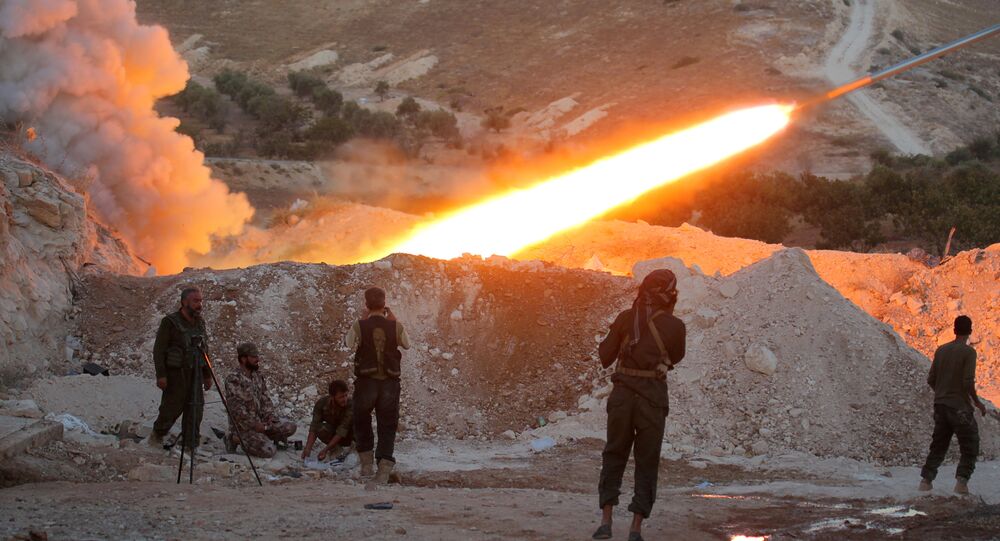 Commenting on the warmongering US rhetoric towards Russia and its threats that the terrorists would “exploit the vacuum” to attack Russian interests and even cities, Russian political analyst Alexei Fenenko explained why the US will continue arming the radical opposition in Syria and what its rhetoric is all about.

© AP Photo / Dmitry Lovetsky
US Comments on Daesh Threat in Russia 'Emotional Breakdown'
“Extremist groups will continue to exploit the vacuums that are there in Syria to expand their operations, which could include attacks against Russian interests, perhaps even Russian cities. Russia will continue to send troops home in body bags, and will continue to lose resources, perhaps even aircraft,” John Kirby, the State Department's spokesperson, threatened on Wednesday during his press briefing.

Commenting on the remark, Russian Deputy Foreign Minister Sergey Ryabkov said on Thursday that it reflects a state of "emotional breakdown."

Meanwhile Alexei Fenenko, leading researcher at the Institute of International Security Problems of the Russian Academy of Sciences, explained to RIA Novosti what's behind the rhetoric and how the US will continue arming the radical opposition in Syria.

"The US will further try to arm the radical opposition in Syria, it is part of their strategy," the expert said.

"The Americans have invested too much into Syria to retreat that easily. Against all its rhetoric on Syria, any US attempt to backtrack will be regarded as a defeat, thus they will continue activating the radical opposition," the political scientists said.

© Sputnik / Valery Melnikov
Moscow to Not Abandon Syria Cooperation With US - Zakharova (VIDEO)
He further explained that from now until January it is going to be a very dangerous period, as Obama is leaving and he needs to do something really outstanding by the end of his presidency.

"I am not optimistic on our prospects for further cooperation. Obama is becoming not just a "lame duck" but he is in dire need if doing outstanding before he leaves. The so-called "rescue" or "salvation" of the Syrian opposition might become some of these "outstanding events," the expert stated.