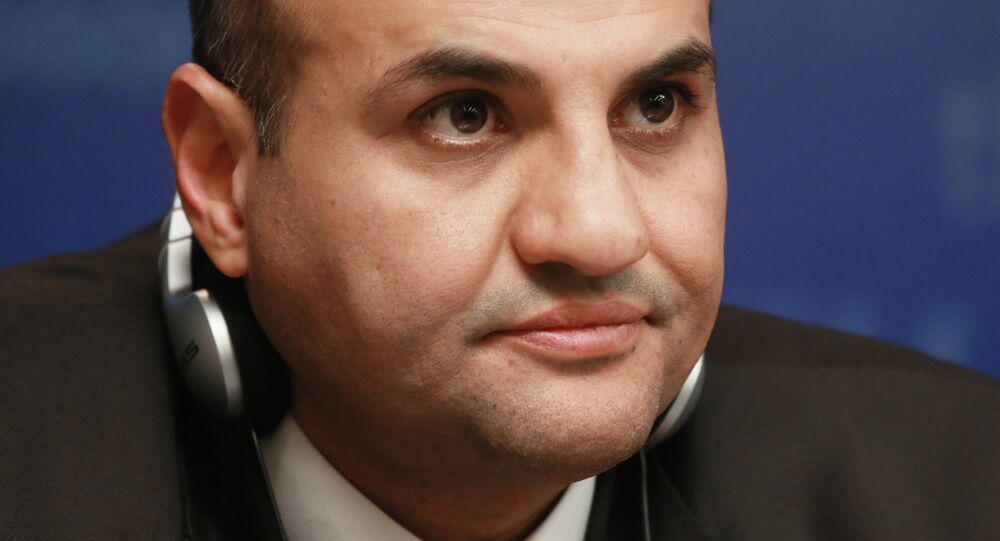 "Because of the Russian campaign we were able to maintain our state's structure and institutions and our ethnic diversity. By looking at the current situation in Iraq, where the United States were operating for years, we can imagine what could have been in Syria without Russia's interference. It is fare to say that Russian actions have prevented Syria from going down the path of Iraq, Libya, Yemen," Ahmad said.

© REUTERS / Abdalrhman Ismail
US, Russian Teams Working on Syria Remain in Contact in Geneva - State Dept.
He stressed that the Russian operation in Syria, launched on September 30, 2015, was a legitimate campaign due to the agreement between the Syrian goverment and Moscow unlike the strikes by the US-led forces.

"Moreover, before Russia's interference into the situation in Syria, the number of terrorist groups on the Syrian soil were steadily growing despite the US strikes. The current situation is still unstable but I can testify that situation in Damascus and other parts of Syria such as Homes, Tartus, Latakia and even Aleppo has improved," he pointed out.

Libya has been in crisis since the 2011 NATO-facilitated overthrow of long-term leader Muammar Gaddafi and the subsequent civil war. There are currently two governments in Libya: the internationally-recognized Council of Deputies based in Tobruk and the Tripoli-based General National Congress. The two sides came to an agreement on December 17, paving the way to the formation of the Government of National Accord.

After the 2003 US invasion toppled Iraqi leader Saddam Hussein, the country has been engulfed in ongoing violence. Large swathes of Iraq are currently controlled by the Islamic State jihadist group, outlawed in Russia.