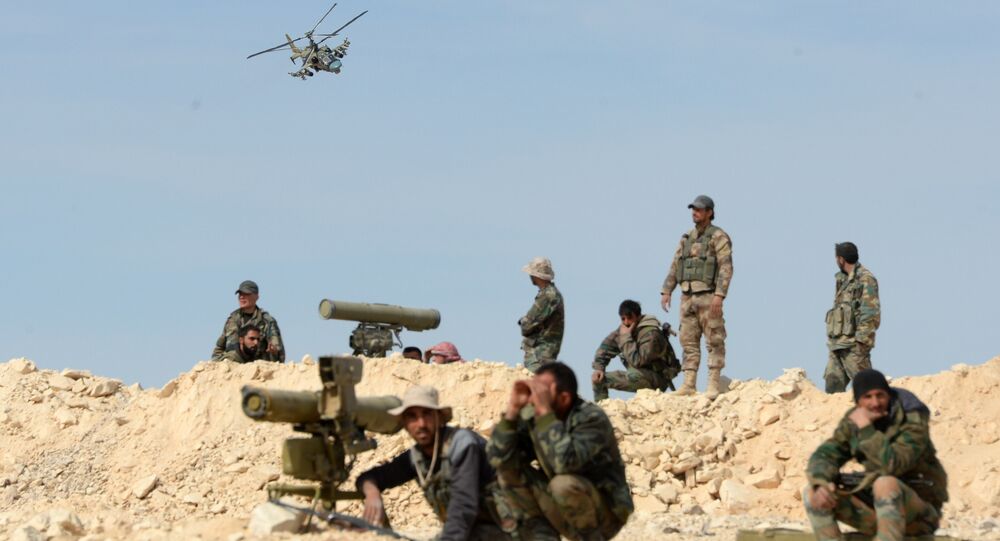 MOSCOW (Sputnik) — Joining the fight against terrorism in Syria by the Russian military prevented the division of the Middle Eastern country and strengthened positions of the legitimate government in Damascus, a spokesman for the Iranian Foreign Ministry told Sputnik.

"Russia's joining of efforts to settle Syria crisis and the fight against terrorism in the country prevented the division of Syria and protected integrity of its territory, strengthened the legitimate authority in the country, and, in addition, this intervention helped to restore the balance that was in place in the region in the past," Bahram Qasemi said.

© Flickr / cryogenic666
Much Yet to be Done One Year After Beginning of Russian Campaign in Syria
Syria has been mired in civil war since 2011, with government forces loyal to President Bashar Assad fighting a number of opposition factions and extremist groups.

Russia has been conducting an aerial campaign against terrorists in Syria since September 30, 2015 at Assad's request. Russian military aviation had conducted more than 9,000 sorties until March 2016, helping Damascus turn the tide of war and launch offensives in key regions of the country.

© Photo : Ministry of Defence of the Russian Federation
Russia Came to Rescue Just as Syria Was 'Close to Falling in the Arms of Daesh'
In March, Russian President Vladimir Putin ordered the pullout of the bulk of the Russian contingent in Syria as the anti-terrorist campaign's objectives had broadly been completed. At the same time, Russia did not abandon its obligations to provide the Syrian government with weapons and military equipment, train military specialists. Hmeymim air base and a naval facility in the port of Tartus remain operational while Russia's S-400 and Pantsir air defense systems continue to be on duty in Syria to protect Russian servicemen in the war-torn country.
...
Reddit
Google+
Blogger
Pinterest
StumbleUpon
Telegram
WhatsApp
122
Topic:
Russia Versus ISIL in Syria (618)