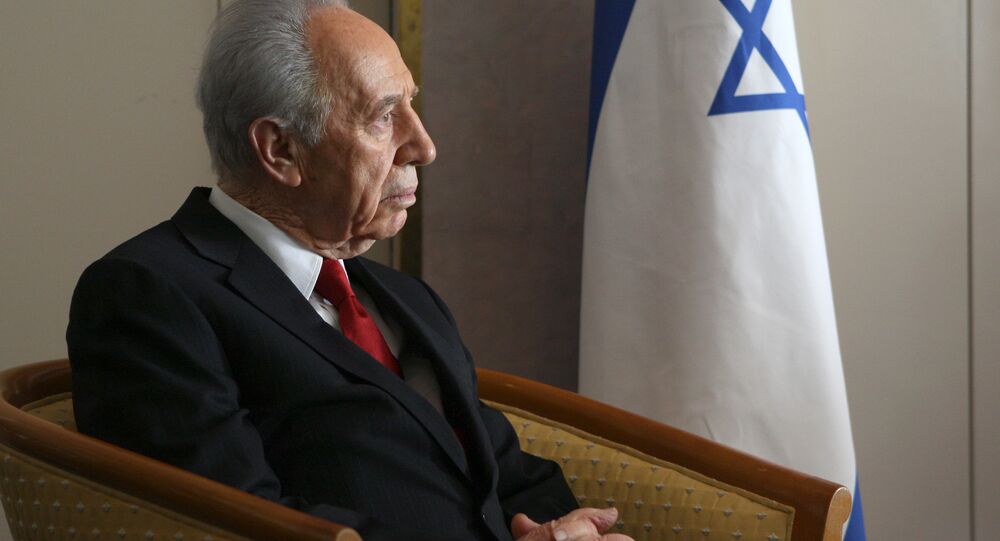 Israel's former President Shimon Peres has died at the age of 93, after being hospitalized two weeks prior to a stroke.

TEL AVIV (Sputnik) — Israeli incumbent President Reuven Rivlin has suspended his official visit to Ukraine over the death of his predecessor, Shimon Peres.

"President Reuven Rivlin has halted his official visit to Ukraine after the news about the death of Shimon Peres emerged and will return to Israel today," Israeli Channel 10 broadcaster reported.

© REUTERS / Ronen Zvulun
Netanyahu Expresses Grief Over Former Israeli President Peres' Death
Earlier in the day, Israeli media reported that the country's former President Shimon Peres has died at the age of 93, after being hospitalized two weeks prior to a stroke. His family later confirmed the death.

Rivlin's visit to Ukraine was devoted to 75th Anniversary of the Babi Yar tragedy. Babi Yar is a ravine in the Ukraine capital of Kiev where more than 33,000 Jews were slaughtered by the Nazis and Ukrainian collaborators on September 29-30, 1941. Many historians consider it the largest single massacre in the Holocaust.

© Sputnik / Stringer
Nothing Sacred: Ukrainian Nationalists Pledge to Destroy Babi Yar Monuments
Peres had a long and distinguished political career spanning over 66 years. He served twice as Prime Minister and twice as Interim Prime Minister and was the ninth Israeli President from 2007 to 2014. In 1994, he was awarded the Nobel Peace Prize for his efforts to sustain peace in the Middle East.