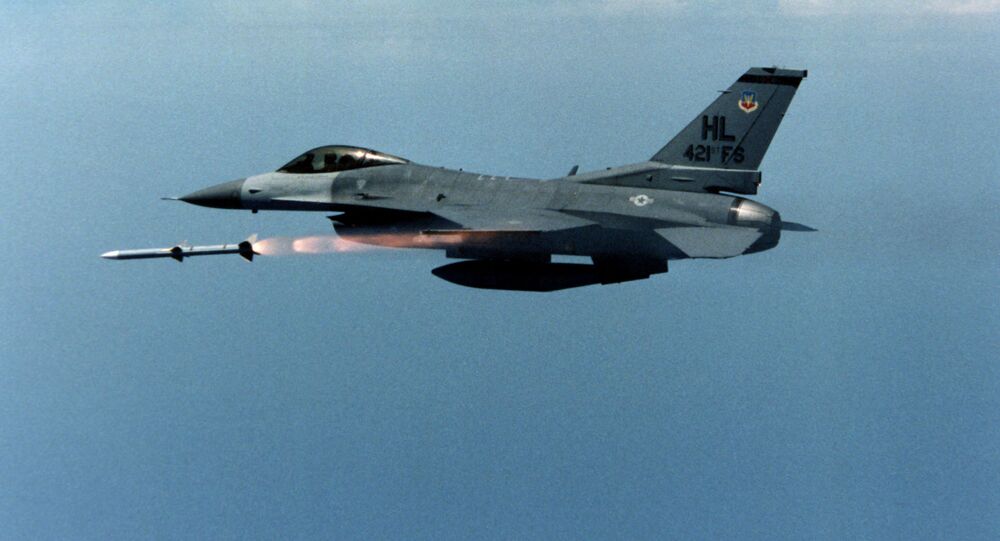 The Syrian intelligence possesses an audio recording of conversation between Daesh terrorists and US military prior to the Washington-led coalition's airstrikes on the government troops near Deir ez-Zor on September 17, the speaker of the People's Council of Syria said Monday.

"The Syrian Army intercepted a conversation between the Americans and Daesh before the air raid on Deir ez-Zor", Hadiya Khalaf Abbas said as quoted by the Al Mayadeen broadcaster.

US warplanes hit Syrian government troops near the eastern city of Deir ez-Zor on September 17, leaving 62 military personnel killed and a hundred wounded. The Pentagon said initially that the airstrike was a mistake and targeted Daesh militants.

The head of the Syrian parliament added during her visit to Iran that after the coalition's airstrikes on the government troops US military directed terrorists' attack on the Syrian army.

© AFP 2021 / GEORGE OURFALIAN
Risky Consequences of Coalition’s 'Mistaken' Airstrike on Syrian Army
The attack on government positions put to test a US-Russia brokered nationwide ceasefire that came into being in Syria earlier that week. Russia's Foreign Minister Sergei Lavrov said last Friday it was necessary to separate Daesh terrorists from "moderate" opposition forces in order to salvage the truce.

Britain, Australia and Denmark confirmed their air forces' participation in the deadly airstrikes.

The politician noted that the details would be made public later.