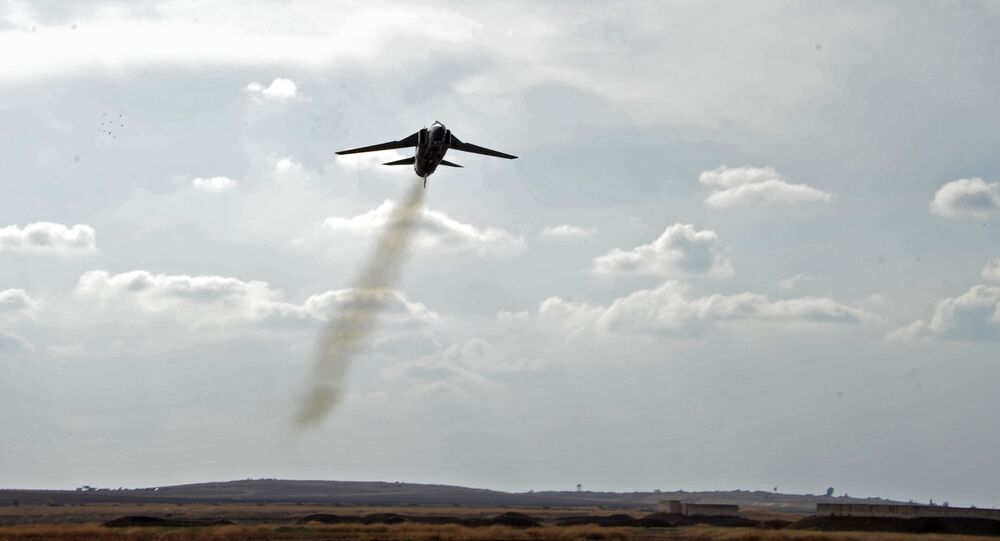 Reports quoting the banned terrorist organization’s outlets claimed that the Daesh (also known as ISIS/ISIL/IS) was behind the downing on the northeastern outskirts of Damascus known as East Qalamun.

"Daesh downed the warplane. The pilot was rescued in an area controlled by the Syrian army," the source said, adding that the jet was shot down while performing raids against Daesh in the area.

Earlier Arabic media reported that the Syrian Air Force aircraft crashed east of the capital city of Damascus, but the cause of the crash was unknown. It was not clear yet if the plane was shot down or crashed due to a technical failure. The fate of the pilots was unknown.

Syria, along with neighboring Iraq, has been suffering from the advance of the Islamic State terrorist group, which is outlawed in Russia and the United States as well as in many other countries. The radical group has become notorious for its brutal acts of terrorism and human rights atrocities.