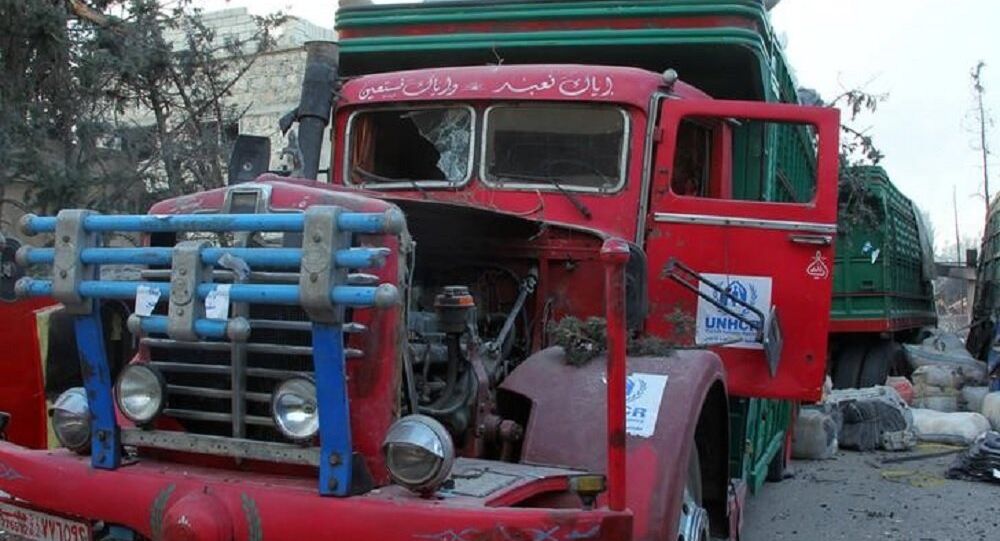 The Syrian Arab Army was not involved in a deadly attack on a humanitarian aid convoy near the Syrian city of Aleppo, state media reported on Tuesday, citing a military source.

© REUTERS / Ammar Abdullah
Only Russia, US Can Declare Syria Ceasefire Dead, Neither Did So - De Mistura
MOSCOW (Sputnik) — On Monday, the UN officials said that an aid convoy was hit near Aleppo and there were casualties. Earlier on Tuesday, the International Federation of Red Cross and Red Crescent Societies (IFRC) said that at least one humanitarian worker and around 20 civilians were killed in the attack. Following the attack, reports emerged in the media blaming the convoy hitting on the Syrian armed forces.

"There’s no truth in the rumors reported by some media outlets about the Syrian Arab Army targeting a humanitarian aid convoy in Aleppo’s countryside," the source told SANA news agency.

In early September, the situation in Aleppo deteriorated amid the cut-off of the only two access roads to the city. According to the United Nations, around two million people need humanitarian assistance in Aleppo, which has been mired in intense fighting during the past several weeks.

Following the Monday's attack, the United Nations suspended the movements of its aid convoys in Syria, but expressed readiness to renew humanitarian assistance deliveries when the situation becomes safer.