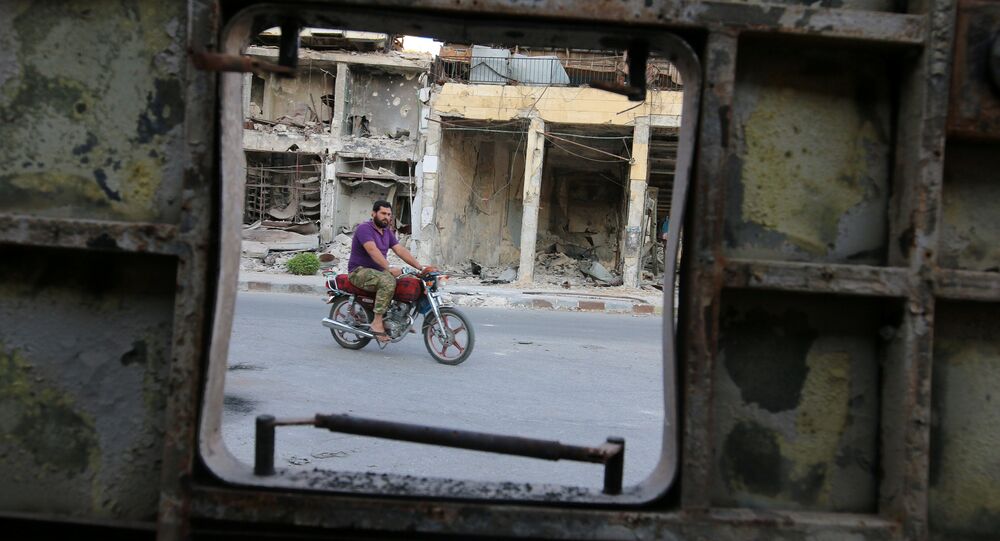 The International Federation of Red Cross and Red Crescent Societies (IFRC) is clarifying whether there are any victims and their possible numbers among the team members from a UN and Syrian Arab Red Crescent convoy, which was attacked while delivering aid in the Syrian city of Aleppo, a spokesman for the organization told Sputnik Tuesday.

MOSCOW, September 20 (Sputnik) — On Monday, the United Nations’ Office for the Coordination of Humanitarian Affairs (OCHA) said that the aid convoy crossed the conflict line in the Big Orem area of Aleppo. Later in the day, UN officials stated that the convoy had been shelled and there were casualties.

"We are still clarifying the situation with our team on the ground. We will issue a statement once we have additional information on that sometime this morning," Benoit Matsha-Carpentier said, commenting on the number of victims in the attack.

© Sputnik / Iliya Pitalev
Battle for Aleppo: Life Under Flying Bullets
10
Syria has been mired in civil war since 2011, with government forces fighting numerous opposition groups, as well as terrorist formations.

Millions of Syrian people remain in urgent need of humanitarian aid, which cannot be delivered due to continuation of fighting. According to the United Nations, around two million people need humanitarian assistance in the Syrian city of Aleppo, which has been mired in intense fighting during the past several weeks.