US Senator Christopher Murphy said that Saudi Arabia has ignored repeated US requests not to bomb targets that caused major civilian casualties in its air strikes against Houthi rebels in Yemen. 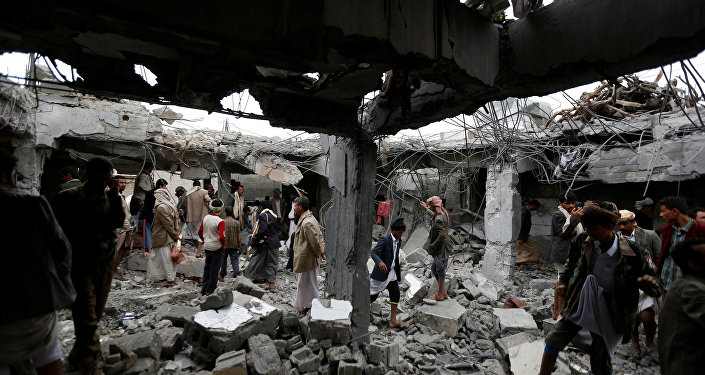 © REUTERS / Khaled Abdullah
Saudi-Led Coalition's Airstrike Kills Several Houthi Leaders in Yemen
WASHINGTON0 (Sputnik) — Saudi Arabia has ignored repeated US requests not to bomb targets that caused major civilian casualties in its air strikes against Houthi rebels in Yemen, US Senator Christopher Murphy told a meeting at the Center for the National interest.

"Much as we have been pressing the Saudis to get better they have not," Murphy said on Monday. "Even when we tell them not to bomb targets, they ignore we us and still bomb civilian facilities."

Murphy noted that ordinary Yemenis blamed the United States for not restraining the Saudis and their coalition allies, and warned that this attitude was helping extreme Islamist groups win popularity in Yemen.

"We are helping to radicalize Yemenis against us. How can that be in our security interest?… If you talk to Yemenis on the ground, they view every civilian casualty as having an American imprint to it," Murphy stated.

The US failure to restrain Saudi air operations had allowed the Islamic State and al-Qaeda in the Arabian Peninsula (AQAP) to gain and expand footholds in Yemen, Murphy warned.