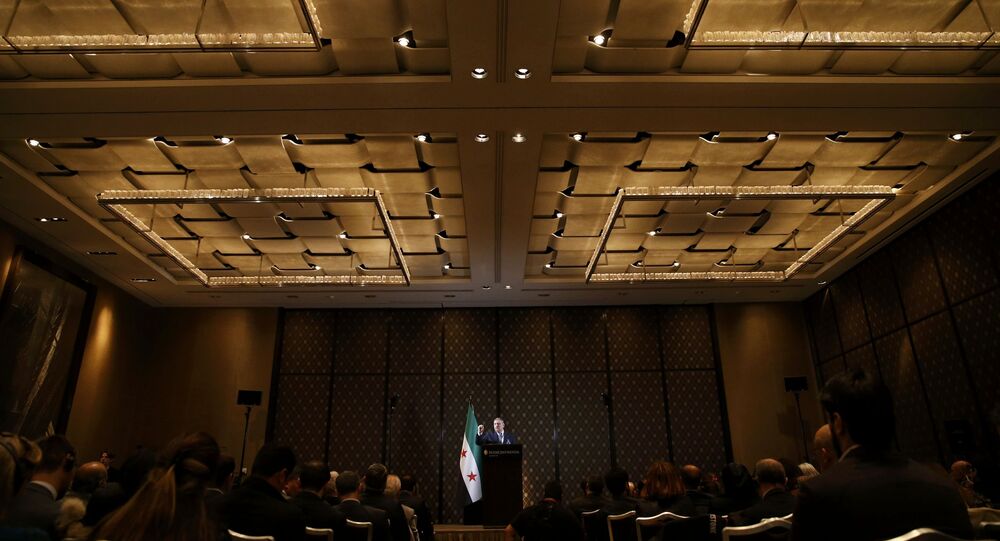 The Syrian High Negotiating Committee representing the government opposition bloc has reached a vision for a peaceful political transition in the country.

"The High Negotiating Commission has submitted its vision for the future of Syria through negotiations which paves the road for transitional period which starts with the departure of [Syrian President] Bashar Assad and his clique," Dr. Hijab told international delegates in an event on the sidelines of the United Nations.

© Sputnik / Mikhail Alaeddin
Syrian Opposition Group Hopes for Settlement of Humanitarian Issues Amid US-Russia Deal
The document, finalized in London at the beginning of September, outlines a three-phase process for government transition beginning with a permanent ceasefire, with the exception of ongoing anti-terrorism operations.

"The second phase is the transitional period and that phase should last a year and a half," Hijab stated.

Hijab noted that the ultimate aim is to hold presidential, parliamentary and local elections to form an inclusive Syrian government.

The declaration by the Syrian High Negotiating Committee reaffirms the commitments of the international community reached in 2015 to work toward a political transition in Syria after five years of civil war.

Representatives from Saudi Arabia, Qatar, Turkey, the United Kingdom, Germany, France, and the United States attended the meeting to endorse the vision put forth by the Syrian opposition.