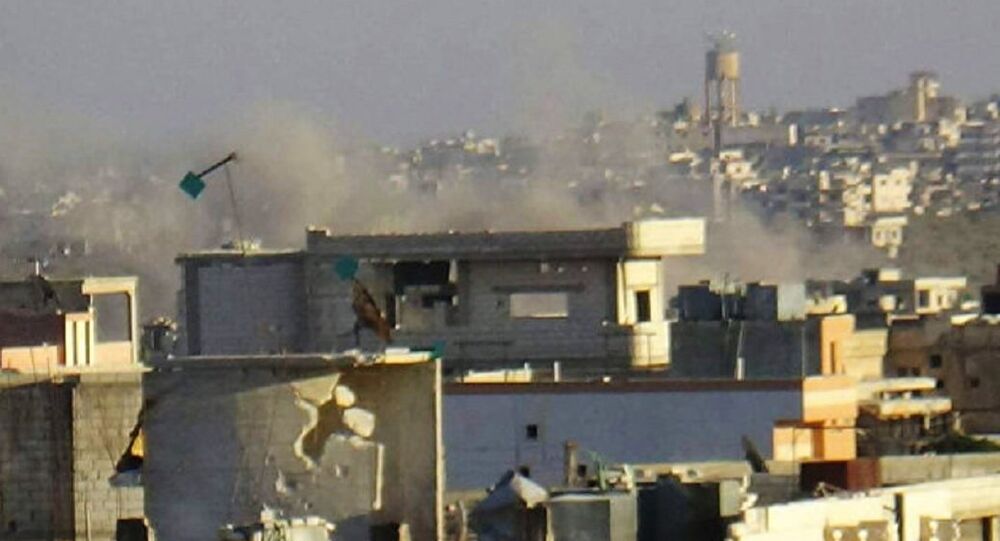 The attempt of the United States to conceal the fact that it is losing control on the situation in Syria may stand behind coalition airstrikes near Deir ez-Zor, Russian UN Ambassador Vitaly Churkin said Sunday.

MOSCOW (Sputnik) — The attacks by the coalition planes near the Deir ez-Zor airport were first reported by the Syrian army earlier on Saturday. The Russian Defense Ministry confirmed the attacks saying they killed 62 servicemen and injured 100 more.

“It may well be, and this is just a conjecture, that the United States is trying to hide a fact that they are actually not in control of the situation, that they allow the situation to get out of control,” Churkin said after the UN Security Council meeting on Syria.

© REUTERS / Jonathan Ernst
White House Regrets 'Unintentional Loss of Life' after Bombing Syrian Forces
The United States violated its obligations given to Damascus two years ago at the start of its military operation in Syria and chose rather a strange time to carry out airstrikes near Deir Ez-Zor, which made it hard to believe that the coalition forces missed out, Churkin added.

The Operation Inherent Resolve press office previously declined to comment the issue, referring the question to the US Central Command. Earlier in the day, the coalition announced it carried out a strike against IS supply routes near the city.