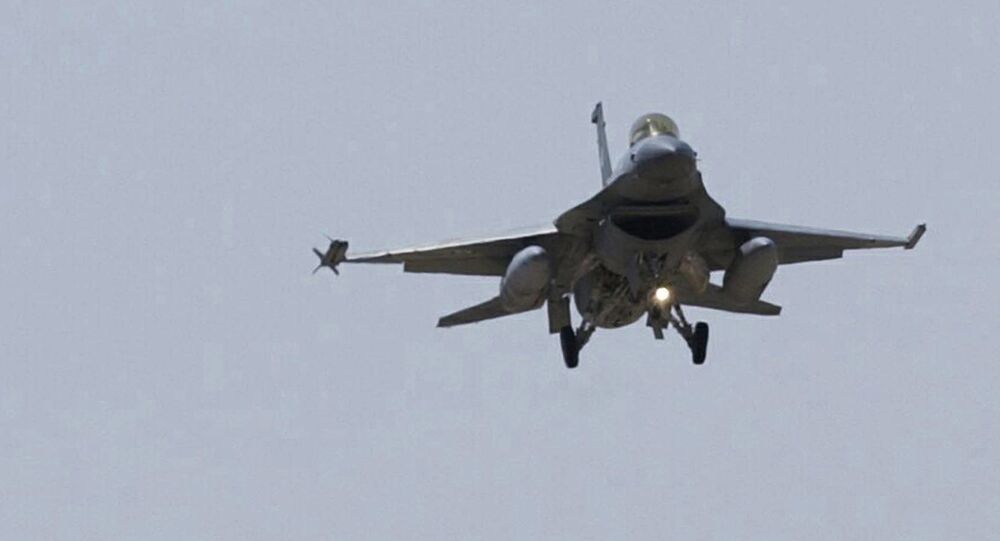 The US-led coalition in Syria used four aircraft and a combat drone to carry out Saturday's attack against Syrian government forces near Deir ez-Zor, the Russian Reconciliation Center in Syria said Saturday.

© AFP 2021 / US AIR FORCE
Russia Wants Emergency UN Security Council Session on US Bombing of Syrian Army
MOSCOW (Sputnik) — The attacks by the coalition planes near the Deir ez-Zor airport were first reported by the Syrian army earlier on Saturday. The Russian Defense Ministry confirmed the attacks saying they killed 62 servicemen and injured 100 more. The attack was later confirmed by the US Central Command, which said that Syrian troops were mistaken for the Islamic State (IS) terrorist group.

The Russian operation commander contacted the Combined Joint Operations Center in Qatar after being notified by the Syrian side about the attack, he added, noting that the strikes then ended at 17:50.

"After the strikes, Islamic States fighters started an offensive in the area. Heavy fighting continues. From 19:00, Russian Aerospace Forces planes are supporting Syrian army units by striking IS targets. A total of 10 strikes have been carried," he said.

Syria has been mired in civil war since 2011, with government forces fighting numerous opposition factions and extremist groups, including the IS, which is outlawed in many countries, including Russia. The government-held city of Deir Ez-Zor has been under siege from IS since July 2014.