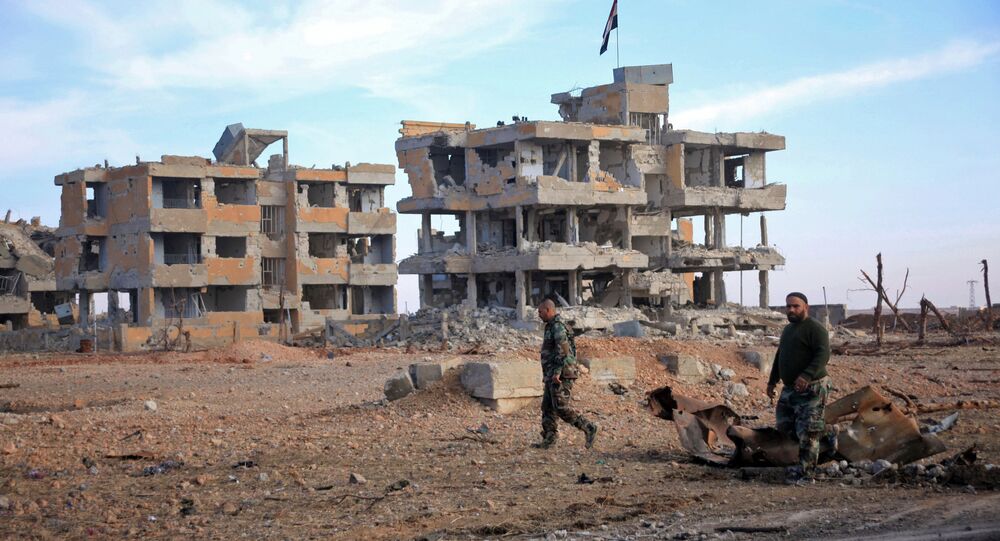 "Deir ez-Zor is a major element in the fight against Daesh. This 'error' bombing of forces courageously fighting against the terrorists could blow the common international efforts which gained momentum against Daesh. It blows the hope to see it soon being eliminated," Aita said.

The attack should push the United States and Russia to increase coordination efforts between their respective anti-IS campaigns in Syria, he added, stressing that more communication must take place between all sides.

"This "error" bombing should encourage the USA and Russia to enhance their collaboration, talking to all sides of the conflict. The USA to the Syrian army and Russia to opposition combating groups. This is the only way to eliminate terrorism and obtain peace, much more than a ceasefire," he said.

The Russian Defense Ministry said if the attacks were due to false coordination, this would prove Washington's refusal to coordinate anti-Daesh efforts with Moscow.

According to the Syrian military terrorists launched an offensive against government troops near Deir ez-Zor in the wake of the coalition attack.

US-Led Coalition Declines to Comment on Attack Against Syrian Forces