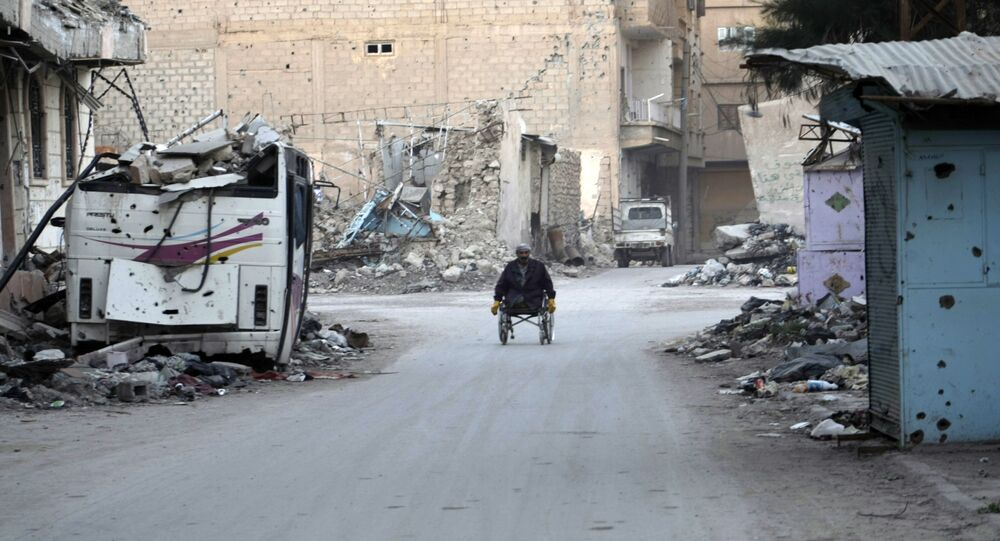 Daesh (IS) terrorist group fighters have mounted a heavy offensive against the Syrian army near a military airport in the city of Deir ez-Zor in the country's northeast, a military source told RIA Novosti Saturday.

"After the airstrikes, the terrorists started attacking army positions. It looked like air support. Heavy fighting is now ongoing," the source said.

© AFP 2020 / GEORGE OURFALIAN
Damascus Accuses US-Led Coalition of Bombing Syrian Army in Deir Ez-Zor
The Operation Inherent Resolve press office previously declined to comment the issue, referring the question to the US Central Command. Earlier in the day, the coalition announced it carried out a strike against Daesh supply routes near the city.