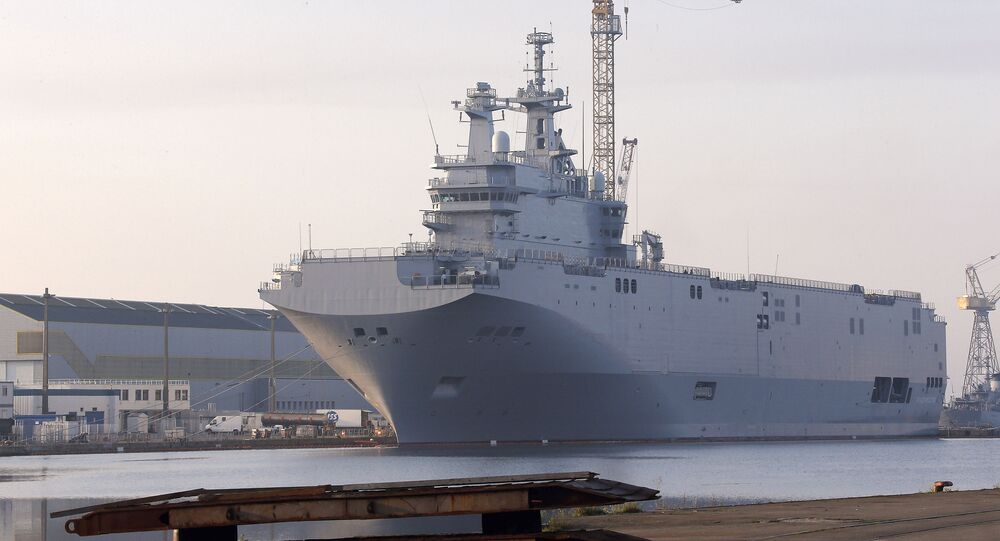 Rabie made these remarks at the ceremony marking the official handover to Egypt of the second Mistral helicopter carrier currently stationed in the French port of Saint-Nazaire.

The first Mistral ship, named after the second Egyptian president, Gamal Abdel Nasser, reached Egypt's port of Alexandria in June after a 14-day journey from Saint-Nazaire. The second Mistral was earlier reported to be named after former Egypt's President Anwar Sadat assassinated by Islamists in 1981.

© Sputnik / Ilya Bogachev
Russia to Build New Amphibious Assault Ship to Replace Mistral
In August 2015, Paris and Moscow formally terminated the 1.2-billion-euro ($1.35 billion at the current exchange rate) deal on the construction and delivery of two Mistral-class helicopter carriers as France had refused to transfer them to Russia over its alleged role in the Ukrainian conflict. Shortly after, French President Francois Hollande confirmed that a deal had been reached with Egypt on the delivery of the two Mistrals to the Arab country.

Russia and Egypt are currently in talks on deliveries of the Russian Ka-52K helicopters developed for Mistral-class carriers. The two countries also agreed on a training scheme to help Egyptian pilots familiarize themselves with the aircraft.

Mistral Warship to Leave French Port To Egypt on June 12