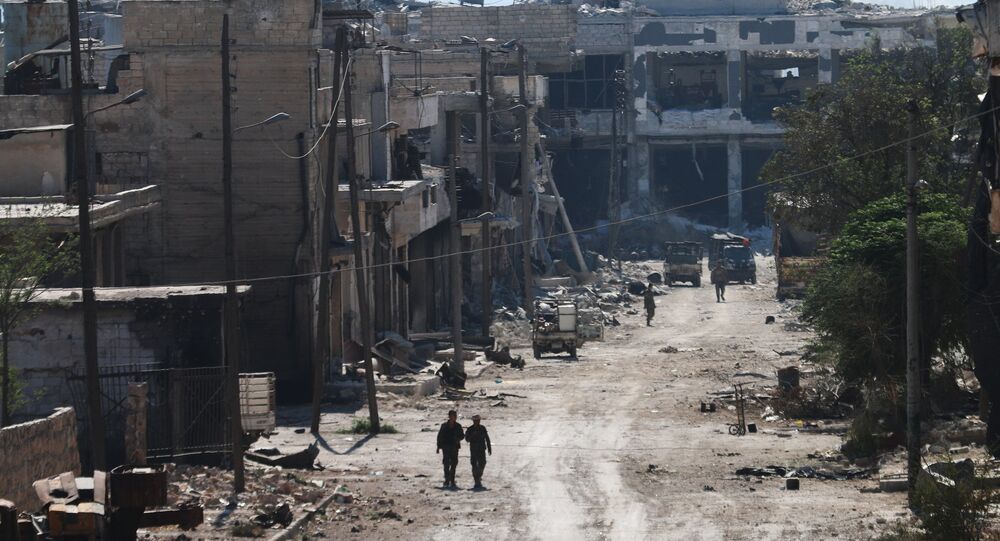 Kurdish member of the opposition’s High Negotiations Committee (HNC) Abdul Hakim Bashar stated that the new ceasefire in Syria should be accompanied by binding international decisions.

On Friday, Russian Foreign Minister Sergey Lavrov and US Secretary of State John Kerry announced a new peace plan on Syria, which stipulates a nationwide ceasefire starting on September 12. The next ministerial meeting on Syria is due to be held on the sidelines of the UN General Assembly in New York on September 21.

"This ceasefire can be better than its predecessors, but I do not think it will last unless it is accompanied by binding international decisions," Bashar, who is also a member of the Kurdish National Council in Syria, said.

© Sputnik / Mikhail Alayeddin
US Urges Syrian Opposition to Split From Nusra, All Parties to Join Ceasefire
The new US-Russia plan on Syria includes five documents. The specifics have not been made public due to sensitive information that they contain.

"We support it, but there are many details in Kerry-Lavrov deal that we don't know, as we did not receive an official copy of it," he added.

Bashar also said the new US-Russia agreement "is a prelude to creating the conditions for the start of the Geneva negotiations."

The cessation of hostilities, that entered into force on Monday, will first be set for 48 hours, with a further 48-hour extension followed by permanent implementation, if no obstacles arise.