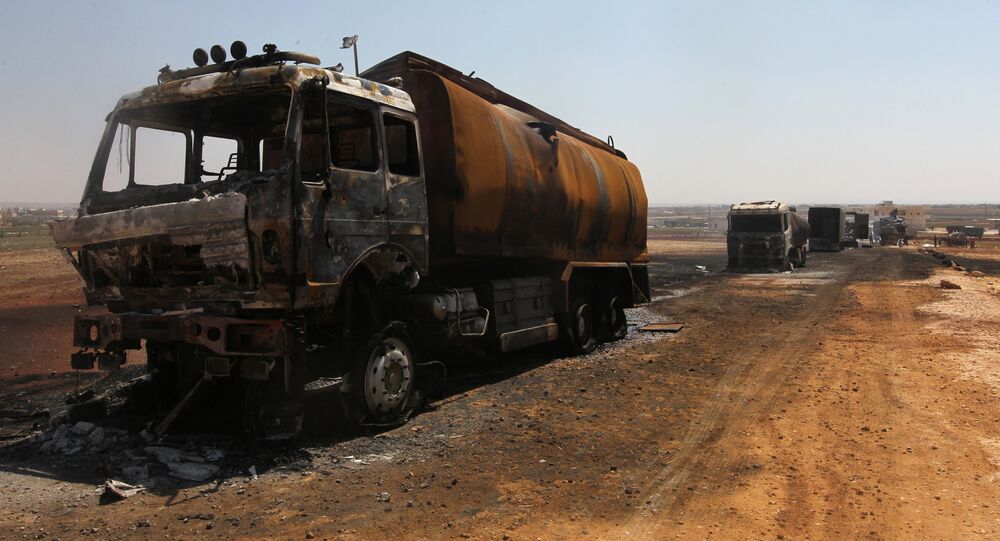 US-led coalition against the Daesh terrorist group destroyed the group’s supply routes near the city of Raqqa, according to the US Combined Joint Task Force Operation Inherent Resolve.

© AFP 2021 / DELIL SOULEIMAN
Washington 'Does Not Plan to Give Turkey Full Control' Over Raqqa Operation
The US-led coalition of more than 60 nations has been carrying out airstrikes in Iraq and Syria since the summer of 2014. In Syria, however, the coalition is acting without the approval of the legitimate government of President Bashar Assad or the UN Security Council.

The Islamic State, also known as Daesh in Arabic, has been designated as a terrorist organization and is outlawed in Russia and numerous other countries throughout the world.