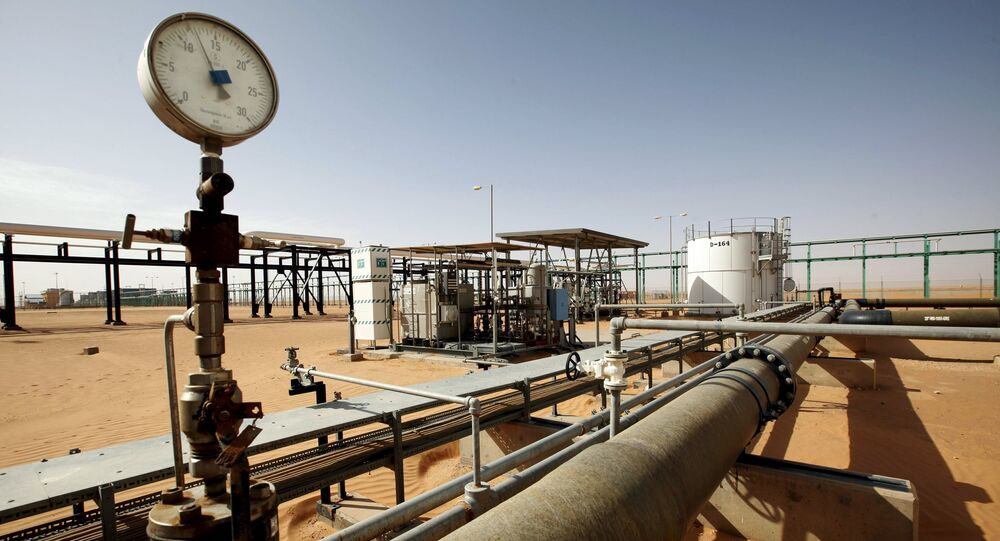 There are growing concerns over the continuation of Libya’s political crisis, after troops linked to the country’s internationally-recognized government seized oil ports from militia loyal to the rival UN-backed unity government.

The Libyan National Army (LNA), under the command of General Khalifa Hafter, launched the surprise attack on Sunday, forcing members from the Petrol Facilities Guard (PFG) from the key oil ports of al-Sidra and Ras Lanuf on Libya's Mediterranean coast.

LNA officials said they suffered no casualties in taking over the ports, noting that PGF resistance was minimal, while LNA spokesperson Khalifa Obeidi confirmed to Sputnik that large parts of the "oil crescent" had been captured.

worried about reported fighting in the oil crescent. will add to division and further restricting oil exports. oil belongs to ALL libyans.

​"The armed forces have taken full control of the areas of oil crescent, including the ports of Sidra, Brega, Ras Lanuf, as well as over 80 percent of Zueitina deposit," Obeidi said.

Fears of Continuation of Political Crisis

While the seizure of the oil ports raises the prospect of more fighting in Libya, the developments are also set to have serious political impacts, as Libya remains a hugely divided country.

The LNA, under general Hafter, supports Libya's Tobruk-based parliament — the country's internationally-recognized legislature that was forced to flee the capital of Tripoli to the country's east following an uprising in 2014.

​While the international community has long supported the Tobruk-based parliament, efforts to end Libya's political crisis have led to the creation of a UN-backed unity government, known as the Government of National Accord (GNA).

Despite having international support, the GNA, led by Prime Minister Fayez al-Sarraj, has struggled to assert its authority of the country, with the Tobruk-based parliament overwhelmingly rejecting the GNA during a no-confidence vote last month.

#Confirmed HoR Rapporteur has just confirmed live that 101 members were present and a majority of 61 voted to reject the GNA. #Libya

​Further undermining the legitimacy of the unity government was the seizure of the oil ports, which were being defended by GNA-backed forces, the PFG.

While the West views the GNA as the best prospect at uniting Libya after five years of violence and political chaos, members of the Tobruk-based parliament have expressed serious reservations about the make-up of the GNA cabinet and have called for greater representation from eastern-based lawmakers.

​The seizure of the oil fields, which according to LNA officials can process 700,000 barrels of oil a day, looks likely to give the eastern legislature more bargaining power as negotiations continue in the hope of uniting the severely divided country and putting an end to Libya's political crisis.

The ongoing stalemate and increase in military activity has also raised concerns about the ongoing fight against Daesh in the country, amid fears warring political factions could allow the terrorist group to assert more control of certain parts of Libya.

While US airstrikes are targeting Daesh forces in their Libyan stronghold of Sirte, there are fears the continued fracturing of political and military support could create a vacuum for the group to survive in the country.