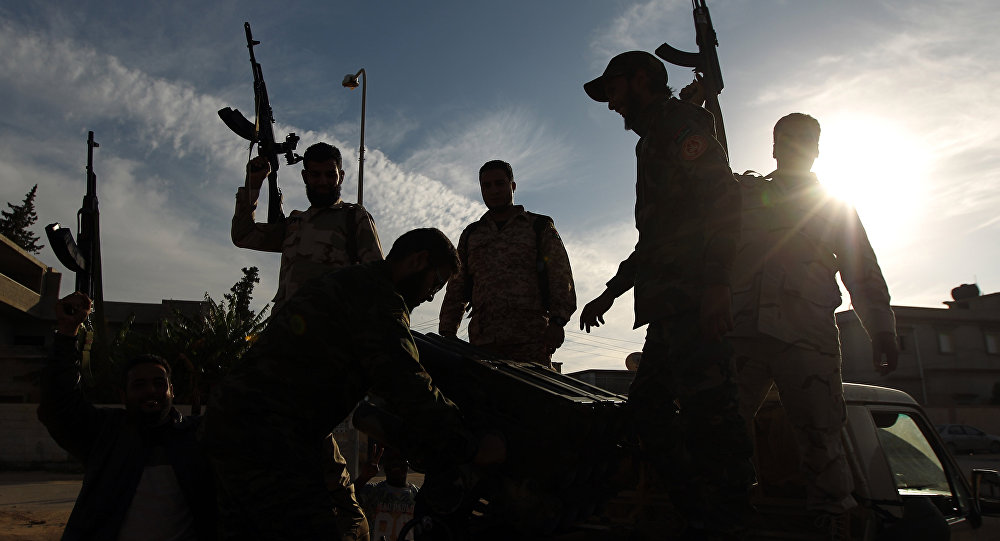 MOSCOW (Sputnik) — The eastern Libyan army is an ally of the parliament that is in charge in the country’s east and has not received the support of the international community.

"The armed forces have taken full control of the areas of oil crescent, including the ports of Sidra, Brega, Ras Lanuf, as well as over 80 percent of Zueitina deposit," Obeidi said.

© REUTERS / Stringer
Lifting Arms Embargo Against Libya Impossible Until Country's Army Unites – UN
Libya has been in a state of turmoil since 2011, when long-standing leader Muammar Gaddafi was overthrown after several months of civil war. The country was later contested by two rival governments — the internationally-recognized Council of Deputies and the Tripoli-based General National Congress.

On March 31, the long-anticipated UN-backed Government of National Accord in Libya started to perform its duties, but the government has so far failed to unite the country and remains unrecognized by eastern Libya.

Russia Can Reconcile Rival Libyan Governments Through Influence on East