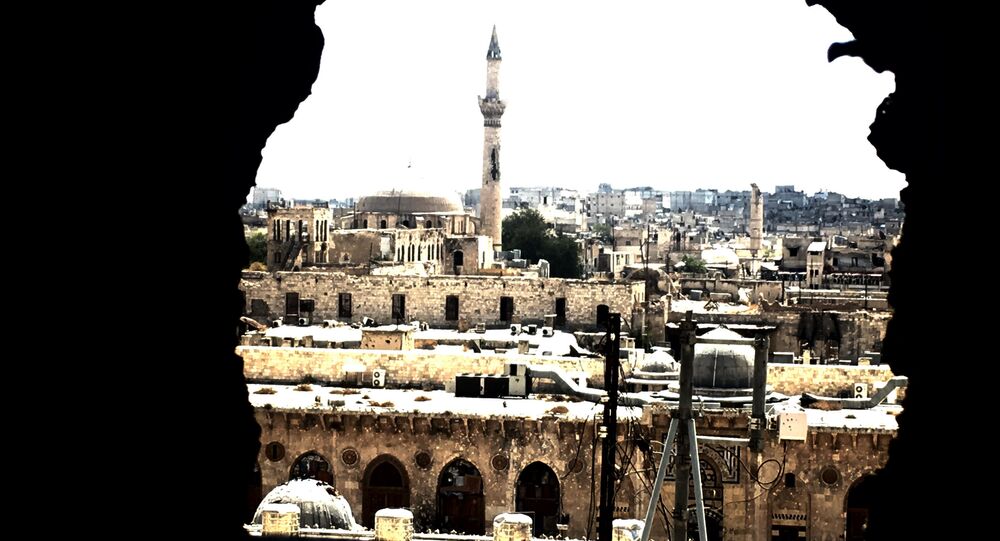 "Within last the 24 hours, in the Aleppo province terrorists have fired improvised MLRS, AT guided missiles, mortars as well as IFV and tank canons against Shurfa and Banjamine settlements, “1070” and Ramusi quarters, areas of the military academy Al-Asad and the Kastello trade centre in the Aleppo city. In the Damascus province mortar fire has been opened against inhabited areas Haush-Nasri, Jaubar, Kaush-Harabu, the Ibn-al-Walid hospital and the farm in the Khan-aash-Shikh inhabited area," the ministry said in a daily bulletin posted on its website.

Terrorists are also said to have shelled the Mardes, Suran, Kafer-Nam and Arad-al-Jaburin inhabited areas in the province of Hama. Jihadists also fired against the Namer inhabited area in the Daraa province, according to the Defense Ministry.

Syria has been mired in civil war since 2011, with government forces loyal to President Bashar Assad fighting numerous opposition factions and extremist groups. On February 27, a US-Russia brokered ceasefire came into force in Syria. Terrorist groups such as Islamic State (ISIL, also known as Daesh), as well as Jabhat Fatah al Sham (previously known as al-Nusra Front), both outlawed in Russia and a range of other states, are not part of the deal.