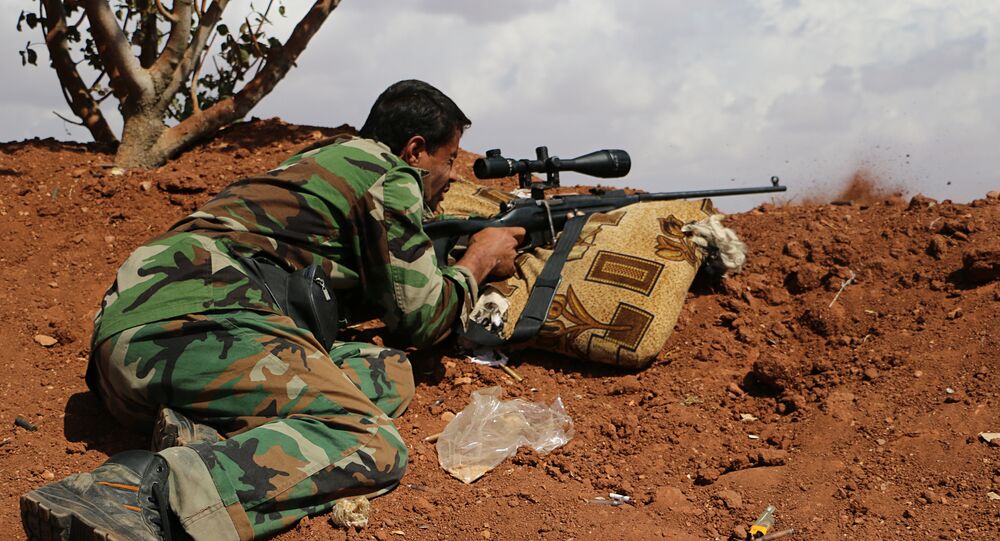 © REUTERS / Alaa Al-Faqir
Free Syrian Army Ready for New Ceasefire if Syrian Government Complies
DUBAI (Sputnik) — On Friday, Russian Foreign Minister Sergei Lavrov and US Secretary of State John Kerry announced a new plan aimed at reducing violence in Syria, which includes a new nationwide ceasefire starting on September 12. The agreement also stipulates distinguishing moderate opposition groups from terrorist groups, which is something Russia has been insisting on as being key to the fight against terrorism.

"Regarding the clauses of the agreement on carrying out strikes against Jabhat Fatah al Sham, of course we do not want al-Qaeda to have a presence in Syria," Abu Zeid told RIA Novosti.

At the same time, the representative criticized the agreement for omitting alleged Iranian, Iraqi and Lebanese Shiite fighters present in Syria and fighting on the side of government forces.

"The agreement inexplicably ignores all foreign terrorist groups fighting on the side of the [Syrian President Bashar] Assad regime," he said.

The United States have reportedly urged Syria's moderate opposition groups to adhere to the new Russian-US agreement and threatened grave consequences unless opposition groups distance themselves from terrorists.

Syria has been mired in civil war since 2011, with government forces loyal to President Bashar Assad fighting numerous opposition factions and extremist groups, such as Jabhat Fatah al Sham and Daesh. Both groups are outlawed in many countries, including the United States and Russia, and are not covered by the ceasefire agreement.