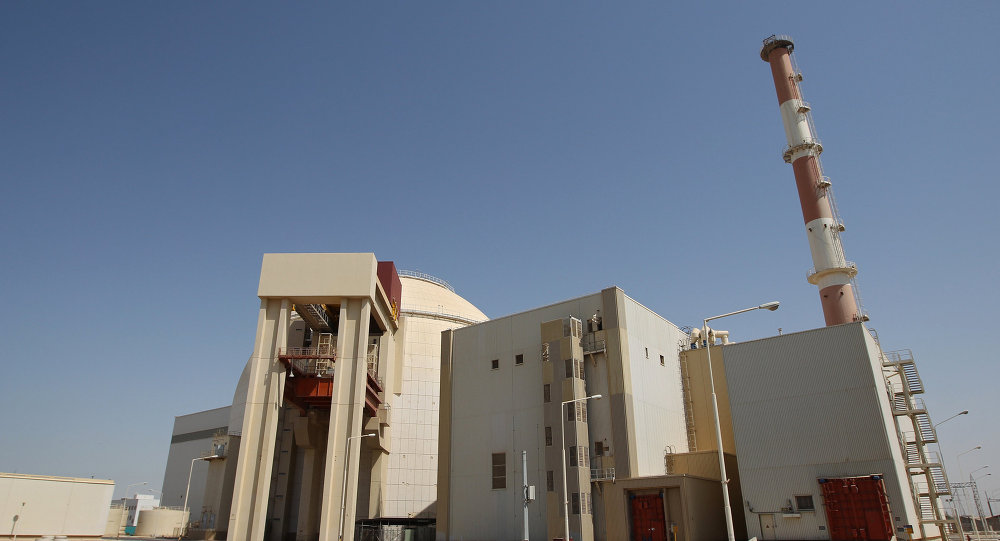 Russian and Iranian firms began work on Saturday on two additional reactors, the second and the third power-generating units, for the Bushehr-2 nuclear power plant in Iran.

Almost a quarter century ago Russia was the only country to agree to help Iran complete the construction of the Bushehr nuclear power station. Small wonder that, 25 years on, Tehran turned to Russia to build Bushehr-2.

In the early 1970s Iran launched a series of ambitious nuclear projects and eventually chose a place on the Persian Gulf coast 20 kilometers from Bushehr as the site of the first nuclear power station in the Middle East.

Tehran signed a deal with Kraftwerk Union (KWU, a Siemens subsidiary) of then-West Germany to build two 1,200 megawatt reactors at Bushehr. The first one was slated for launch in 1980 and the second – a year later.

© AFP 2019 / ATTA KENARE
'A Turning Point': Russia All Set to Build Iran's Bushehr-2 NPP by 2019
This work ground to a halt after the 1979 Islamic revolution led by Ayatollah Khomeini. The US imposed sanctions on Iran and West Germany cancelled the delivery of equipment for the Bushehr station.

It was only 12 years later that the project was finally revived when Moscow and Tehran agreed to jointly build a nuclear power plant in Iran. In January 1995 they signed a contract to complete the construction of the first stage of the Bushehr station.

The United States did much to slow down the construction arguing, among other things, that Tehran could use the station to building its own nuclear weapon.

Even though it was clear to everyone that this argument held no water, the Americans worked hard to force Bushehr’s foreign contractors to roll up their cooperation with Russia on the project.

Russia refused to bend under Washington’s pressure and in 2005 President George W. Bush had to admit that the Bushehr station posed no threat to the nuclear nonproliferation regime.

On March 8, 2011, after a series of financial and technical hiccups, the station’s nuclear heart started beating and on September 3 of that same year the first unit was finally linked up with Iran’s national energy system.

Unit N1 saved the Islamic Republic over $4 billion it would otherwise have spent on extracting 27 million barrels of oil. It also helped bring down atmospheric emissions.

It is now clear to everyone that by putting Bushehr-1 on-stream Russia’s Rosatom worked a technological miracle and gaining a well-deserved reputation of a “company that can do it all.”

© AFP 2019 / BEHROUZ MEHRI
Construction of 2nd, 3rd Units of Bushehr-2 NPP in Iran May Begin by End of 2016 - Novak
In addition to Bushehr, Rosatom built the first phase of the Tianwan nuclear power station in China and the Kudankulam NPP in India.

An agreement to expand civilian nuclear energy cooperation and construct a total of eight additional nuclear reactors at Bushehr was signed between Russia and Iran on November 11, 2014.

The agreement for the construction of the Bushehr-1 nuclear power plant was finalized in 1995, but the project was delayed several times due to a number of technical and financial issues.

Bushehr-1 was launched in September 2011 and reached its maximum power generation capacity in August 2012.

In September 2013, Iran officially took over from Russia the first unit of its first 1,000-megawatt nuclear power plant, and in November 2014 the two countries signed an agreement whereby Russia was commissioned to build an additional seven such units.

Construction of 2nd, 3rd Units of Bushehr-2 NPP in Iran May Begin by End of 2016