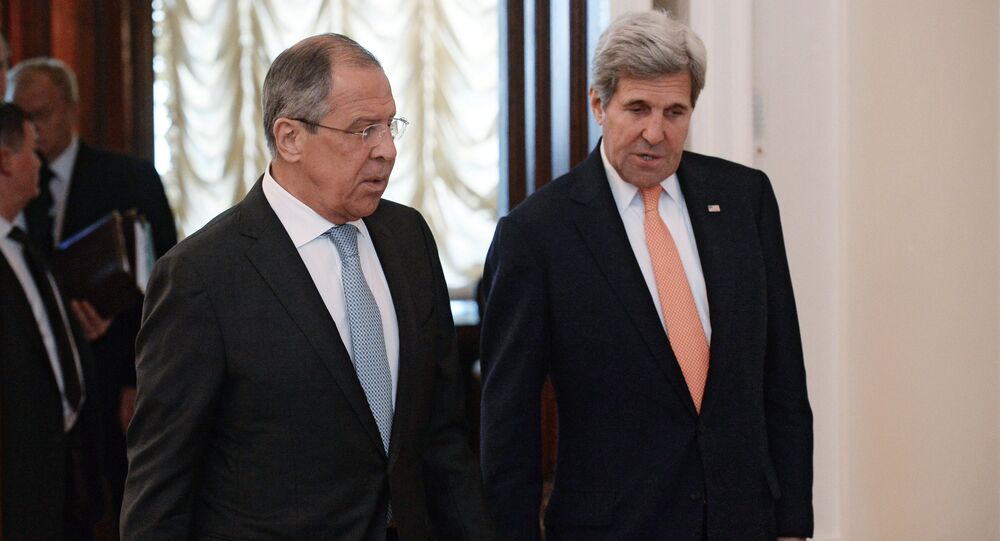 US, Russia Announce Plan to Stem Violence in Syria

Following a meeting in Geneva, Russian Foreign Minister Sergei Lavrov and US Secretary of State John Kerry have announced plans to stem the violence in Syria.

Speaking to reporters, Kerry expressed hope that the new plan could be the moment when multilateral diplomatic efforts begin to take hold.

"We must go after these terrorists. Not indiscriminately, but in a systematic way," he said.

Russia and the US are calling on all sides to honor a nationwide cessation of hostilities beginning at sundown on September 12. This involves halting all attacks, including airstrikes.

The agreement also requires unimpeded humanitarian access to areas in need, including Aleppo, and depends on all forces pulling back from Castello Road.

© Photo : Twitter/ Aldin Abazović
Multi-Faceted War in Syria and All the Involved Parties

Kerry said he expects Russia to ensure that the Syrian government adheres to the ceasefire.

Foreign Minister Lavrov stressed that there still remains a lack of confidence in US-Russia cooperation and negotiations on Syria.

He added that the top priority for this agreement is to reconfirm the ceasefire, stressing that both the US and Russia will work will with all parties to ensure that hostilities cease within the next 48 hours.

Once that is done, a joint implementation center will be established. This will be used to track down terrorists and separate them from moderate opposition groups, after which joint aerial strikes will be carried out by both US and Russian air forces against terrorist groups.