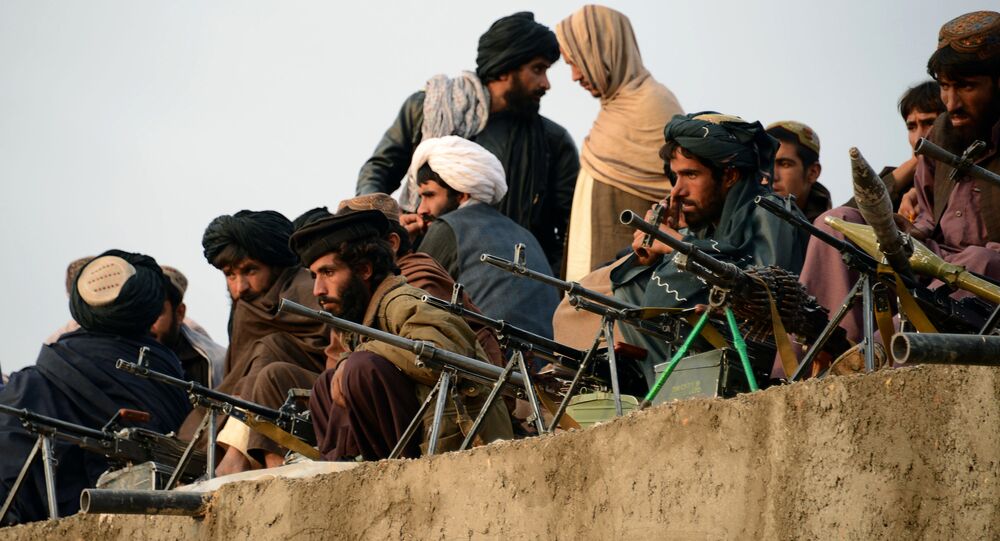 Afghanistan officials report that Taliban forces have advanced to within a few kilometers of Tarin Kot, the capital of Uruzgan province. Officials warn Uruzgan may fall unless NATO provides air support.

© Flickr / ResoluteSupportMedia
Iran, Afghanistan Joining Forces to Fight Creation of 'Islamic Caliphate'
As overstretched Afghan security forces struggle to fend off Taliban attacks in the southern province of Helmand and around the northern city of Kabul, forces near Tarin Kot are understaffed, receive minimal reinforcement and are suffering from a shortage of food and ammunition, officials say.

Local Afghan officials suspect the Taliban is after the city prison, to free militants aligned with the group.

"If there is no significant air support and ground reinforcement, Tarin Kot will collapse," warned Abdul Karim, provincial capital head.

© AFP 2020 / Noorullah Shirzada
The Global Heroin Epidemic: 90% of World's Supply Still Comes From Afghanistan
The Pentagon, however, says it has no military advisors in the province, as the coalition officially declared its operation ended in 2014. No US warplanes or weaponized drones have conducted airstrikes in recent days, according to reports.

Earlier in August the US DoD confirmed that about 100 troops were sent to the city of Lashkar Gah, the capital of Helmand province, but insisted that they will provide advisory and training and will have no combat role.

Early Marriage is Cruel Form of Violence in Afghanistan

At Least 36 Killed, 28 Injured in Road Accident in Afghanistan