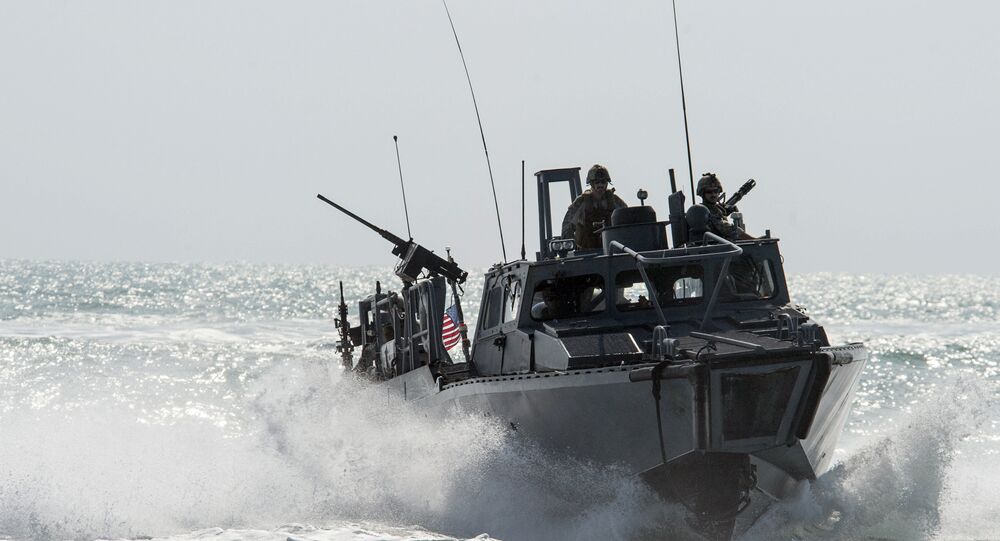 According to US Defense Department officials, the USS Firebolt was forced to change course by Iran’s Revolutionary Guard Corps in the Persian Gulf.

The Navy’s coastal patrol ship was operating in the Gulf on Sunday when it was allegedly approached by an Iranian attack craft that came within 100 yard of the US vessels. The Iranian craft sailed in front of the Firebolt, forcing the ship to divert its course.

One Pentagon official, speaking on condition of anonymity, described the move as "unsafe and unprofessional due to lack of communications and the close-range harassing maneuvering."

Six other Iranian ships “harassed” the Firebolt before it was forced to change course. While crew members reportedly attempted to make radio contact three times, they received no response.

"We don’t see this type of unsafe and unprofessional activity from any other nation," the US official said.

This is at least the fifth reported incident of its kind in less than a month. The USS Nitze was intercepted by four Iranian vessels while sailing through the Strait of Hormuz last month. Following this encounter, similar incidents occurred with the USS Squall, USS Stout, and USS Tempest.

The Pentagon described each encounter as "unsafe."

One US official claimed that since January, there have been 31 such encounters between US and Iranian ships.

"These are incidents that carry a risk of escalation and we don’t desire any kind of escalation," Pentagon spokesman Peter Cook told reporters last month. "Our ships have been operating in that part of the world for years."

Earlier this year, two US Navy patrol vessels drifted into Iranian waters in the Persian Gulf. Crewmembers were apprehended by the Revolutionary Guard and nearly sparked an international crisis in the midst of the Iran nuclear negotiations.

"If any foreign vessel enters our waters, we warn them," he told Tasnim news agency last month, "and if it’s an invasion, we confront."