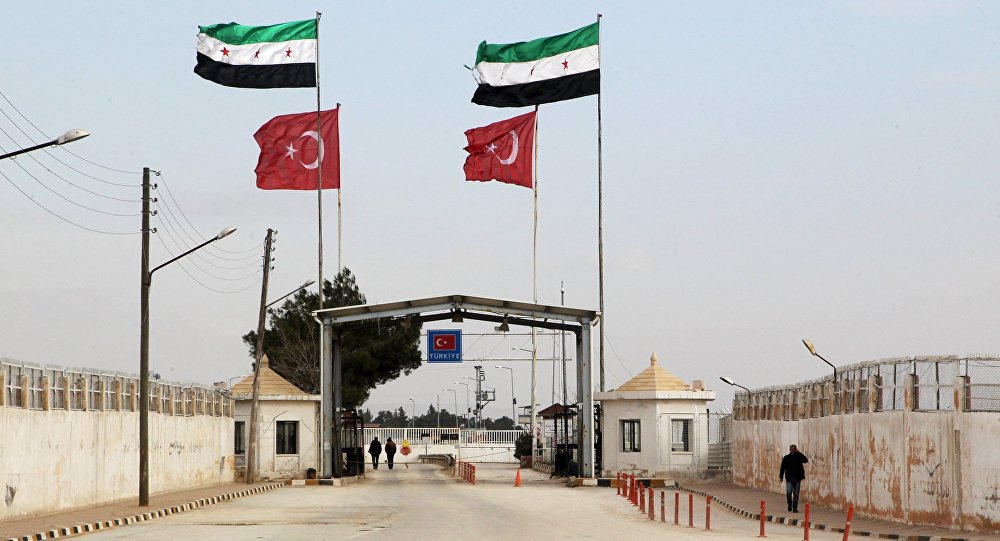 As part of the Euphrates Shield offensive, fighters of the Free Syrian Army liberated the Turkish-Syrian border from Daesh. A day earlier, the Turkish military opened a new front in Syria's Aleppo province.

"The Turkish border has been liberated from Daesh. The Free Syrian Army took control over the territories from Azaz to the city of Jarablus," according to the report.

During the operation, the military cut off routes terrorists used to move to the Turkish border.

On September 3, it was reported that Turkey opened a new front in its Euphrates Shield military operation in northern Syria.

The Euphrates Shield operation started on August 24 in the northern Syrian city of Jarablus and was backed by a US-led international coalition. At the time, nearly 40 Turkish tanks backed by some 1,000 Syrian rebel forces entered Syria.

On Thursday, the General Staff said that over 260 targets had been hit by airstrikes since the start of the operation without specifying whether some of these were Kurdish forces, which are also targeted by the operation, instead of Daesh.

On Monday, the Turkish Foreign Ministry issued an ultimatum to Kurds and demanded from them to withdraw to the east from the Euphrates.