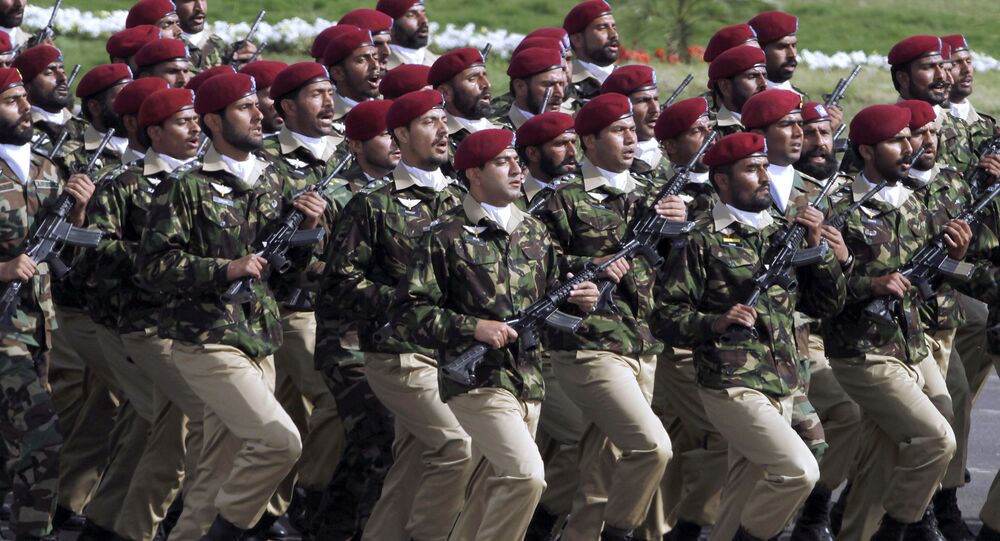 Senior Pakistani military spokesman Asim Bajwa said at a Thursday news conference in the city of Rawalpindi that Daesh terrorists had made inroads into Pakistan, however, their expansion has been stopped by the Pakistani army. “The reverse process has begun now as Pakistani society has refused to accept the militant phenomena,” Bajwa said.

Bajwa's statement is a rare acknowledgement of the presence of Daesh in the country, as earlier it was claimed that there was no extremist footprint in Pakistan. "At the start of Zarb-e-Azb Operation, Pakistan was plagued with terrorism and militancy, but Army successfully eliminated terrorism from their epicenters," Bajwa said.

It was reported that 309 militants, including members from Syria, Afghanistan and Iraq, were seized by Pakistani security forces. Attacks on embassies, on Pakistani officials and on an airport in Islamabad by Daesh operatives have been foiled, according to the military spokesman.

The Pakistan army has eliminated some 3,500 extremists since 2014 as a result of military operations in the North Waziristan and Khyber tribal regions, he said.

The violent Daesh extremist group uses social media to engage local militants, and distributes leaflets backing terrorism in their efforts to recruit new members. Bajwa admitted that the terrorists had committed several attacks on media and security personnel, as well as having killed Sabeen Mahmud, a human rights activist, in Karachi in 2015.

Pakistan's General Raheel Sharif said in October 2015 to the Royal United Services Institute for Defense and Security Studies in London, that there was "a dangerous phenomenon" with some people in Islamabad willing to ally with Daesh. Nevertheless, Sharif claimed that Pakistan would not tolerate Daesh anywhere in the country.

"As far as Daesh is concerned, in Pakistan, even a shadow of Daesh would not be allowed," Sharif said.