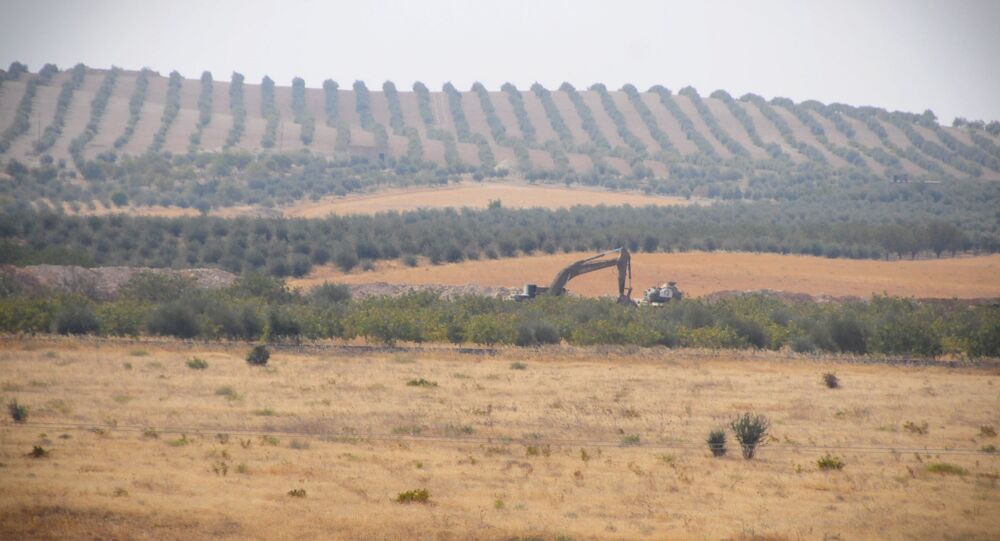 Residents of the town of Karkamis at the Syrian-Turkish border, near Jarablus, are returning to normal life after Jarablus was liberated from Daesh by Turkish forces.

© REUTERS / Revolutionary Forces of Syria Media Office
Turkey 'Likely to Confront Syrian Forces' if Jarablus Operation Extended
The liberation was part of the Euphrates Shield military offensive in northern Syria against Daesh militants and Kurdish forces. The operation started last week and was backed by a US-led international coalition.

Shops are now re-opening in Karkamis and locals are getting back to their farming activities.

In an interview, Mehmet Kucukarslan, head of Keklice village, outside Karkamis, told Sputnik about the current situation at the Turkish-Syrian border, near Jarablus.

"When Daesh seized Jarablus in 2014 residents of Karkamish were very concerned because the terrorists often used the border area to move militants and deliver weapons. In addition, the city was often shelled by artillery from the Syrian border. During several days before the operation seven artillery shells fell in the city. We were afraid to go to work in the fields because it was near the Syrian border," Kucukarslan said.

"After Jarablus was liberated we were happier than its residents. During the time the city was besieged by terrorists we lived in constant danger and fear. We were afraid to go outside and work in the fields. Living in constant fear is what you wouldn’t wish on your worst enemy," he said.

© Sputnik / Hikmet Durgun
'Kurds are Primary Target' of Turkish Operation in Jarablus
According to the village head, Turkish forces and troops of the Free Syrian Army (FSA) are moving to Jarablus from villages near Karkamis.

"Our village is situated at kilometer zero of the Turkish-Syrian border. Some 17 tanks, 800 FSA troops and 200 Turkish soldiers passed through our village to Jarablus," he added.

As the head of the village, Kucukarslan stays in touch with the military and receives information about the situation in the area.

"Five FSA fighters injured in Jarablus were moved to Syria across the border, near our village. Turkish commanders said the operation will last until al-Bab and Manbij are liberated," Kucukarslan said.