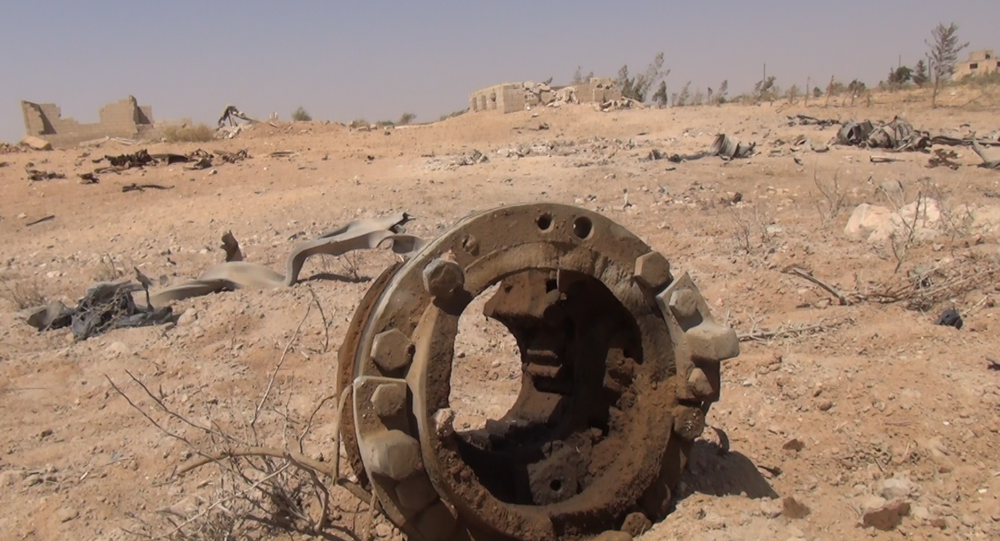 Syrian Army Repels Attacks in North of Hama Province, Up to 50 Terrorists Killed

The Syrian armed forces and local militia managed to repel the terrorists' attacks in the north of Hama and killed about 50 terrorists, according to a source in militia.

ALEPPO (Sputnik) — The Syrian army and local militia repelled attacks by militants on villages in the north of the Syrian province of Hama, about 50 terrorists have been killed, a source in the militia told RIA Novosti on Wednesday.

"Yes, the Syrian Army and the militia managed to repel the terrorists' attacks in the north of Hama. Some 40-50 terrorists have been killed, several our soldiers sustained serious injuries, they are now in military hospital," the source said.

© AP Photo / Ismail Coskun, IHA via AP
Ankara’s Syria Operation Aims to Fight Kurds, Gain Control of Aleppo
Earlier in the day, a representative of the local militia said armed groups of terrorists were trying to seize four villages located between the Idlib and Hama provinces. He also added, that militants involved in the fighting were from different armed groups, linked to Jabhat Fatah al Sham, formerly known as Nusra Front, classified as terrorist organization in Russia.

Syria has been mired in civil war since 2011, with government forces fighting numerous opposition groups, as well as terrorist formations, such as the Daesh, prohibited in many countries, including Russia and the United States.