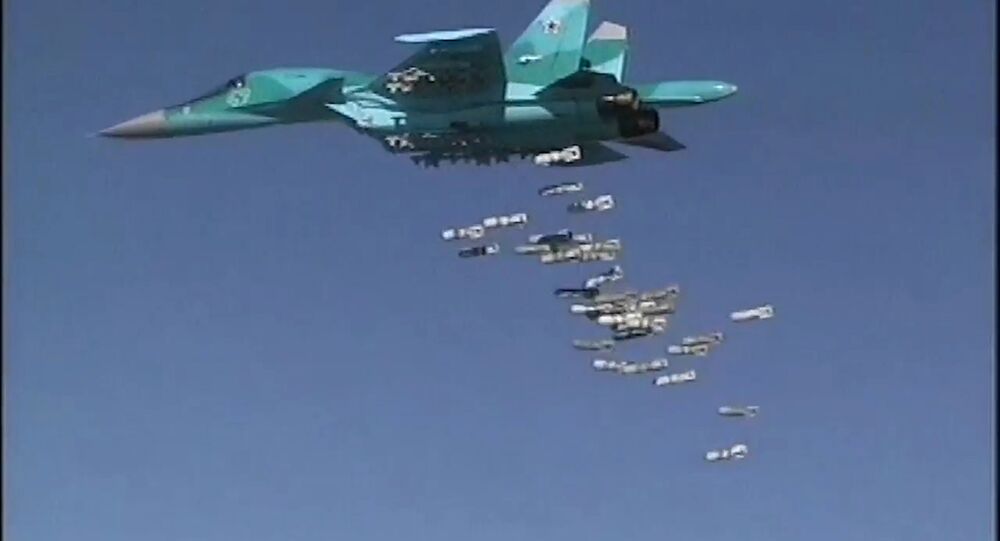 According to the Russian Defense Ministry, Russian airstrikes killed around 40 Daesh jihadists in the Syrian province of Aleppo.

"On August 30, 2016, a mass gathering of Daesh fighters numbering up to 40 have been killed as a result of the Russian Su-34 bomber’s strike in the Maaratat-Umm Khaush area of Aleppo province," the ministry said.

The Russian Defense Ministry confirmed that a second-in-command of the Daesh jihadist group has been killed in an airstrike in the Syrian province of Aleppo.

"Among the killed terrorists confirmed through multiple intelligence channels was Abu Mohammed al-Adnani, better known as ‘official media spokesman’ of the Islamic State international terrorist group," the ministry said in a statement.

Aleppo has been under siege by militant groups, including Jaish al-Islam, Ahrar ash-Sham and Jabhat Fatah al Sham, formerly known as al-Nusra Front, classified as terrorist organization in Russia. The city has seen intense fighting over the past few months, with the Syrian army and local militia forces managing to encircle large groups of militants in the eastern districts of the city.