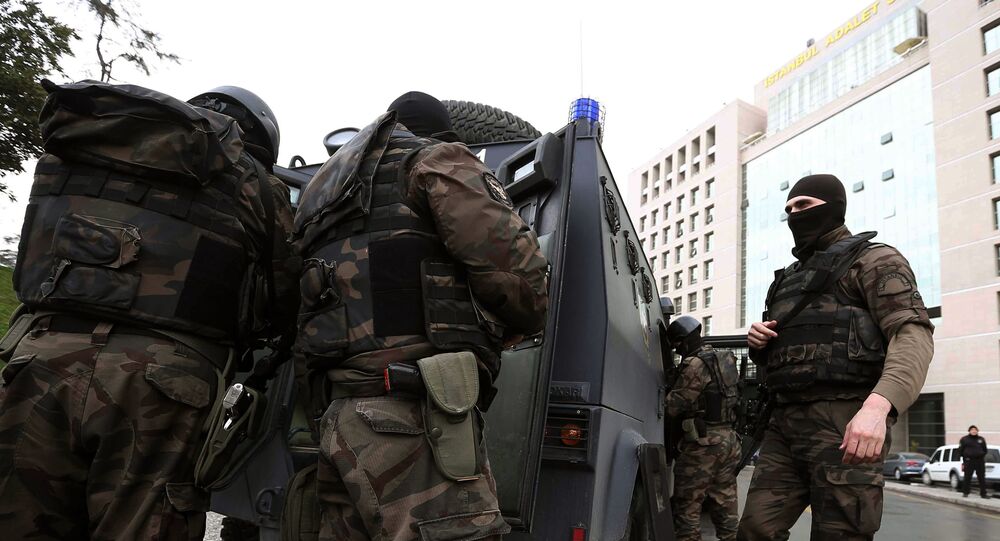 5,803 people, of which 2,200 were foreigners, were detained in Turkey on suspicion of involvement in Daesh activities since the start of the conflict in Syria, according to Interior Minister Efkan Ala.

ANKARA (Sputnik) — The Turkish authorities have detained 5,803 people on suspicion of having links to the Islamic State (ISIL or Daesh) jihadist group since the start of the conflict in Syria, Interior Minister Efkan Ala said Wednesday.

Daesh, outlawed in Russia and many other countries, controls large areas of Syria, which has been mired in civil war since 2011, and Iraq. The group has been spreading their influence to other countries and is notorious for recruiting jihadists, mainly young people, from all over the world via social media.