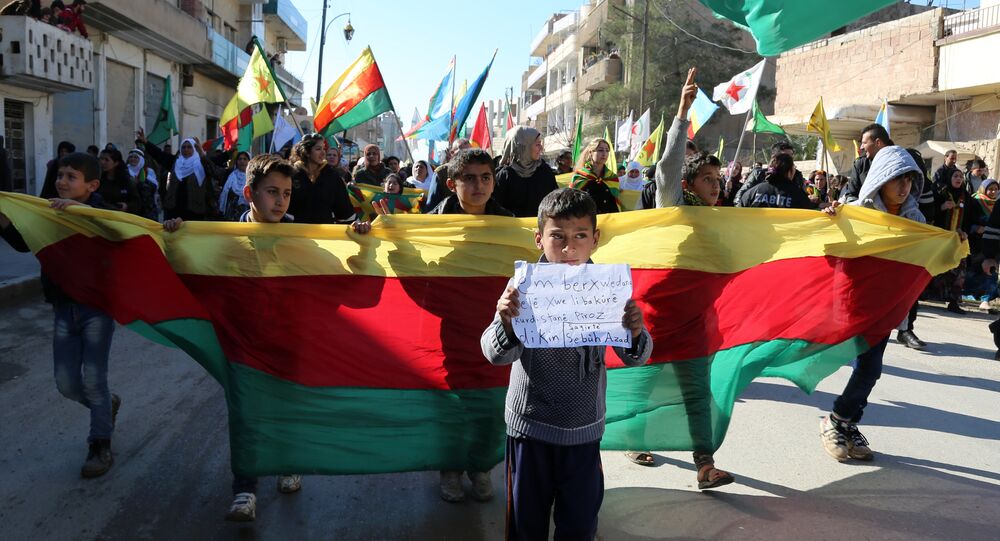 "Turkey is a sovereign country. Therefore, there can be no talk of Turkey reaching any sort of deal with a terrorist group, considering it an equal. Syrian defense forces are not pursuing the interests of ethnic Kurds, but rather their own," Celik told Anadolu.

© AFP 2021 / DELIL SOULEIMAN
Turkey Warns Syrian Kurds to Move East of Euphrates or Become a Target
On August 24, Ankara announced that Turkish forces, backed by US-led coalition aircraft, had begun a military operation dubbed Euphrates Shield to clear the Syrian border town of Jarabulus of militants from the Islamic State terrorist group, which is outlawed in Russia and numerous other countries.

On Sunday, Turkish President Recep Tayyip Erdogan said Ankara will continue its Euphrates Shield in northern Syria until the threat posed by the PYD militants operating in the area is eliminated.

Tensions between Ankara and the Kurds escalated in July 2015 when a ceasefire between Turkey and the Kurdistan Workers’ Party (PKK) collapsed over a series of terrorist attacks, allegedly committed by PKK members. Ankara considers PYD, and its military wing YPG, an affiliate of PKK, which is outlawed in Turkey.