UN Doubles Estimates of People Killed in Yemen War Over 18 Months to 10,000

10,000 people were killed in the Yemen civil war over the past 18 months, according to the new data of the United Nations.

MOSCOW (Sputnik) — The United Nations corrected its estimates of the number of people killed in the Yemen civil war over the past 18 months, revising them from 6,000 up to 10,000, UN Humanitarian Coordinator Jamie McGoldrick said on Tuesday, as cited by media.

According to McGoldrick, the estimates were based on data collected from healthcare facilities, Yemeni Akhbar daily said. He added that the figures could increase as there were no health facilities in many of the country's regions. 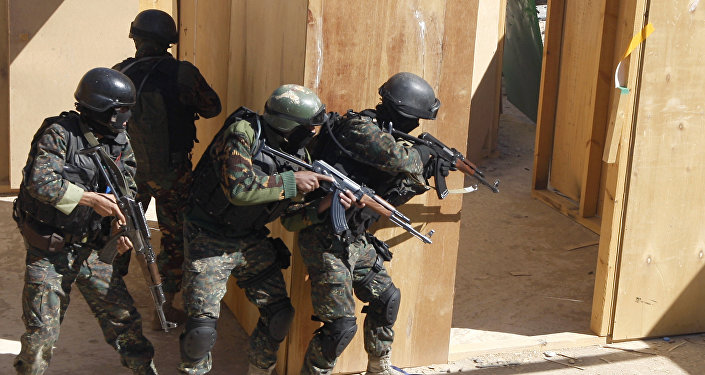 © AP Photo / Nasser Nasser
At Least 60 Killed in Suicide Bombing in Yemen's Aden
Yemen has been engulfed in a military conflict between the government headed by Abd Rabbuh Mansur Hadi and Houthi rebels, the country’s main opposition force. Since March 2015, the Saudi-led coalition of mostly Persian Gulf countries have been carrying out airstrikes against the Houthis at Hadi's request.

US, Saudi Arabia 'Have No Right to Decide the Fate of Yemen'

At Least 60 Killed in Suicide Bombing in Yemen's Aden