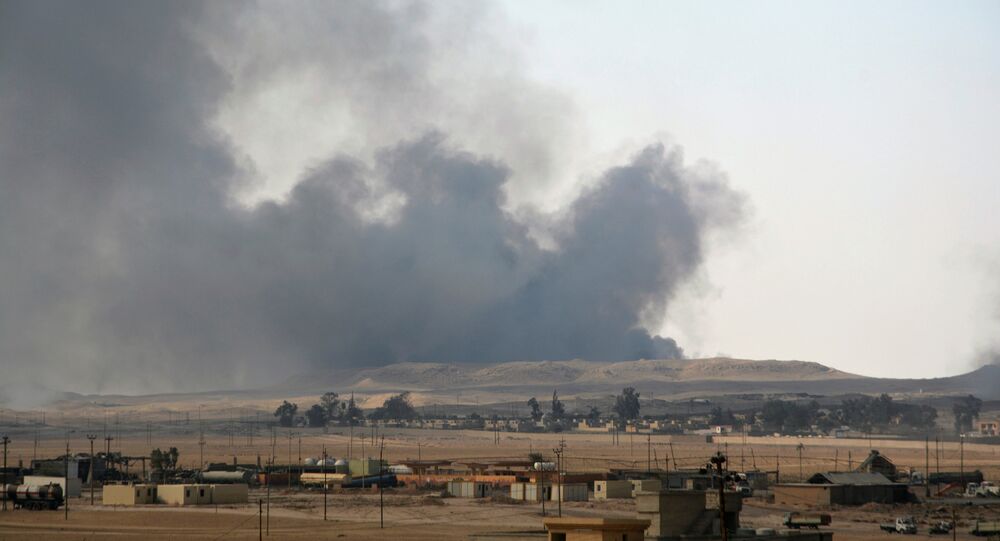 The US-led coalition against the Daesh destroyed rocket rails, a tunnel entrance, and 11 vehicle-borne improvised explosive device factories near the Iraqi city of Sultan Abdallah, according to the US Central Command (CENTCOM).

© Flickr / U.S. Department of Defense
US-Led Coalition Hits Daesh Finance Storage Center Near Mosul in Iraq
WASHINGTON (Sputnik) — The US-led coalition against the Islamic State (ISIL or Daesh) hit buildings and a barracks with airstrikes near the Iraqi city of Sultan Abdallah on Sunday, the US Central Command (CENTCOM) said in a press release.

© REUTERS / Ismail Zitouny
US Forces Launch Ten Airstrikes in Libya in Support of Anti-Daesh Operations
Two strikes in Syria destroyed a wellhead and pump jack near the cities of Abu Kamal and Ar Raqqah.

The US-led coalition of more than 60 nations has been conducting airstrikes against the Daesh in Syria and Iraq since 2014. The airstrikes in Syria, however, are not authorized by the legitimate government of President Bashar Assad or by the UN Security Council.

The Islamic State, also known as Daesh in Arabic, is outlawed in the Russia and numerous other countries.