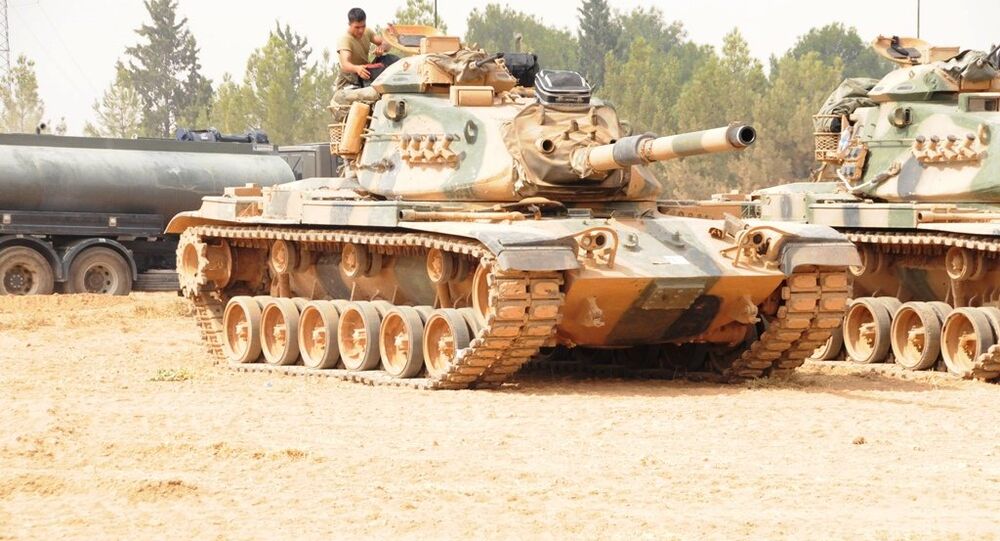 One Turkish soldier has been killed and three others injured by a rocket, launched from territory held by Kurdish YPG forces, after Turkey launched a cross-border offensive this week.

Rebels opposed to the Turkish intervention had earlier denied that there were Kurdish forces in the area.

The Turkish military began its so-called Euphrates Shield operation in Syria Wednesday, sending in dozens of tanks and hundreds of troops.

© REUTERS / Rodi Said
Two Birds With One Stone: US 'Sacrifices' Its Kurdish Allies in Syria
The operation is officially aimed at pushing Daesh militants out of Jarablus and preventing Kurdish forces from extending their territory in north Syria. Many international experts, however, noted that the Turkish operation in Jarablus is aimed first of all against Kurds, and only then — against Islamist radicals.

The soldier's death is the first reported Turkish fatality in the country's unprecedented campaign.

'Russia’s Influence in Syria' Making US Search for 'Compromise’