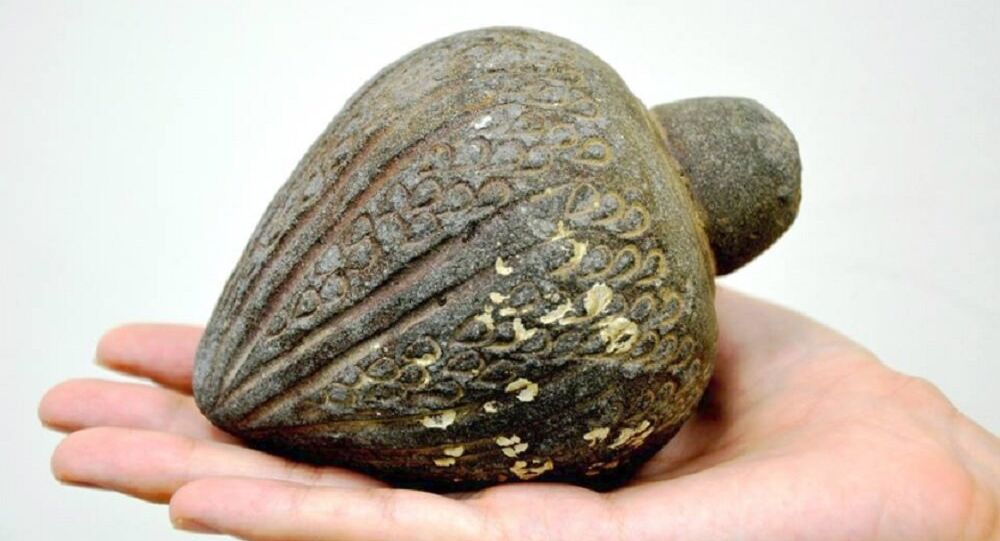 An impressive private collection of artifacts was recently handed over to the Israel Antiquities Authority (IAA), including a 1000-year-old engraved hand grenade from the Crusader era.

The objects had been collected since 1973 by Marcel Mazliah from Hadera, a city on the northwest Mediterranean coast of Israel. Working at the Orot Rabin power station, the man found the majority of the items in the sea, probably lost in shipwrecks. After his death, the Mazliah family contacted the IAA and handed over his collection of archaeological treasures.

An expert from the antiquities authority examined the artifacts' assortment and was surprised to find some significant pieces that were more than 3,500 years old. The finds include a toggle pin, the head of a knife from the Middle Bronze Age and a hand grenade, which was in common use by Islamic forces during the crusades of 1099-1187. Such grenades were filled with petroleum, naphtha or Greek fire and thrown at the enemy.

Among the objects, there were also ancient mortars, pestles and candlesticks, which were apparently manufactured in Syria in the eleventh century and brought to Israel. According to the experts, this is a significant evidence of the metal trade that was conducted during those times.