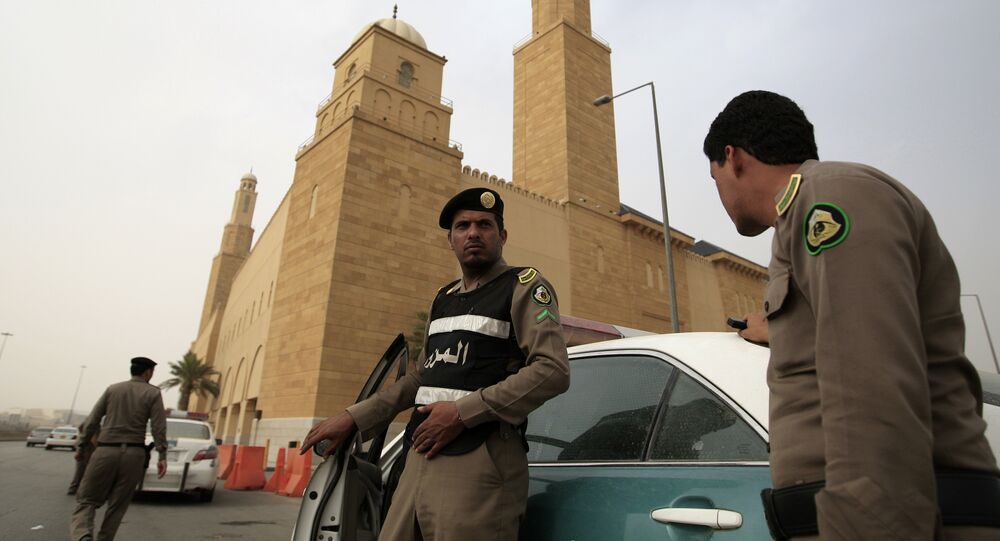 Saudi Arabia's security forces have foiled a terrorist attack on a Shiite mosque in the eastern city of Qatif.

MOSCOW (Sputnik) — According to the Al Arabiya broadcaster, a man wearing an explosive belt planned to blow up al-Rasoul al-A'dham mosque, but was killed by Saudi security forces.

© AFP 2021 / Mohammed Al-Shaikh
Four Gunmen Attack Saudi Police Officers, Kill One
The suspect had an accomplice, who was reportedly arrested. Both men were not Saudi citizens, having the status of residents.

Earlier this summer, Saudi Arabia has been hit by a series of terror attacks. On July 4, an assailant set off an explosive device at the Prophet’s Mosque parking lot in Medina, targeting security forces reportedly breaking their fast on the second-to-last day of the Islamic holy month of Ramadan.

The deadly blast followed two explosions in Qatif, and came 24 hours after another suicide attack in Jeddah.