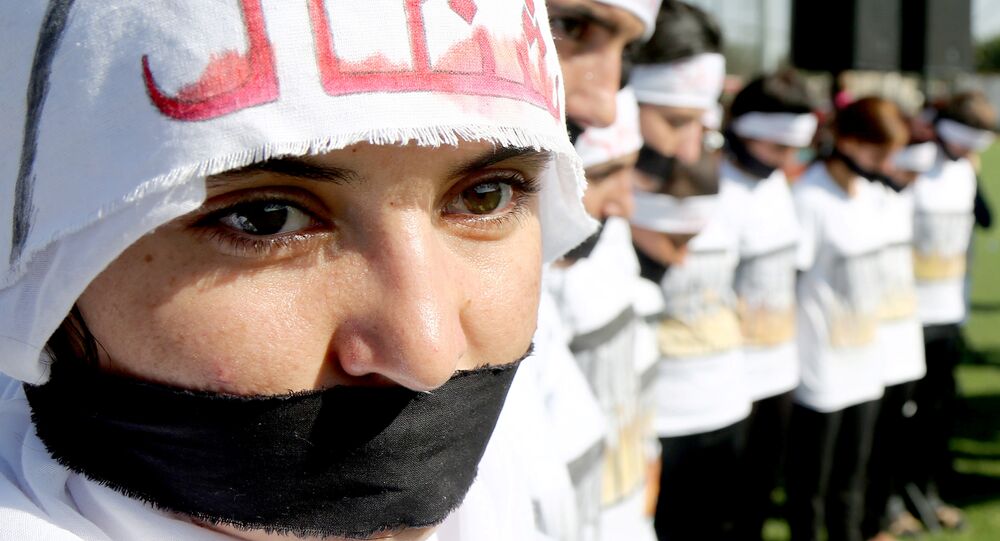 The Daesh terrorist group committed genocide against the Yazidis in north-west Iraq which is still ongoing, and a recent UN report into the attack does not provide enough answers about the attack, Chairman of the Yezidi Human Rights Organization Mirza Ismail told Radio Sputnik.

"The paper doesn't explain exactly what happened, from the beginning. Who was responsible, who was allegedly in the region to protect them (the Yazidis)," Ismail said.

​"If it (the UN) followed its constitution and gave equal rights and treatment to all human beings, the Daesh genocide would have been recognized a year ago, because all the evidence is there, ISIS (Daesh) has never done anything in hiding, they did everything in the eyes of the world," Ismail said.

In August 2014 Daesh attacked the predominantly Yadizi town of Sinjar, in north-west Iraq. After taking control of the town and the surrounding areas, Daesh terrorists massacred 5,000 Yazidi men and took thousands of people hostage.

© AFP 2021 / SAFIN HAMED
Fierce Battle Rages Between Yazidi Forces and Daesh in Sinjar (VIDEO)
More than 40,000 Yazidis were forced to flee to the Sinjar mountains, where they were surrounded by Daesh forces and dependent on helicopter drops of food and water.

Earlier this month the UN reported that two years since the massacre, more than 3,200 women and children are still held by the group and being subjected to almost-unimaginable violence.

Ismail said that the people who were able to flee Daesh from the Sinjar region are still unable to return there, because Daesh are still in control of large parts of the area. He called on the international community to do more to protect the Yazidis.

© Sputnik
EXCLUSIVE: Yazidi Female Fighters Tell Daesh They'll 'Wipe Them Out' (VIDEO)
Ismail alleged that the Kurdistan Regional Government (KRG) and Kurdish Peshmerga fighters did not do enough to protect the Yazidis from the attack two years ago.

"They refused to fight the Islamic State on August 3, and they refused to give any weapons to the Yazidi who were willing to fight against ISIS," he claimed.

"When ISIS arrived, the KRG had more than 10,000 Peshmerga militia in the Sinjar region, they disappeared," Ismail claimed.

Meet the Brave Yazidi Amazons Who are Sending Daesh to Hell