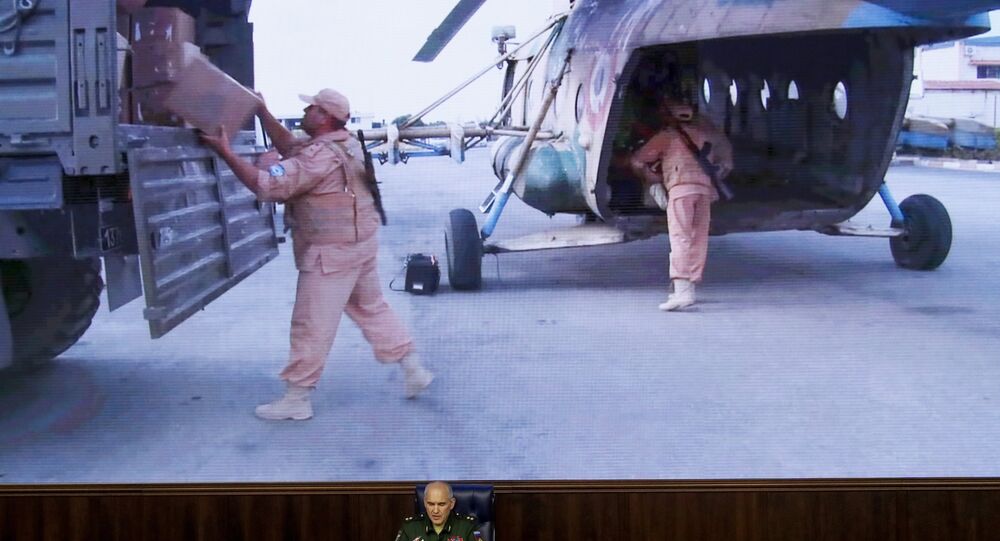 Russian servicemen delivered six tonnes of aid to the oldest orphanage of Aleppo via a permanent humanitarian corridor, according to official statement.

© REUTERS / Abdalrhman Ismail
UNICEF Calls for Action to Improve Lives of Over 100,000 Children in Aleppo
ALEPPO (Sputnik) — The Russian servicemen delivered six tonnes of humanitarian aid to the oldest orphanage in the northern Syrian city of Aleppo, a spokesman for the Russian center for Syrian reconciliation said Sunday.

"Today we delivered 6 tonnes of aid to this orphanage via a permanent humanitarian corridor. There was no shelling of the city during the last 24 hours," Amir Demlikamov said.

© Sputnik / Michael Alaeddin
Inside Look at Troubled Life in Aleppo During War Time
Aleppo has seen intense fighting, with the Syrian army and local militia forces having managed to encircle large groups of militants in eastern districts of the city.

Russia formed seven round-the-clock humanitarian corridors across Aleppo in August to allow safe passage for civilians and militants wishing to lay down arms.

UNICEF Calls for Action to Improve Lives of Over 100,000 Children in Aleppo

Inside Look at Troubled Life in Aleppo During War Time

West Must Support Truce in Aleppo to 'Demonstrate Adherence to Peace'