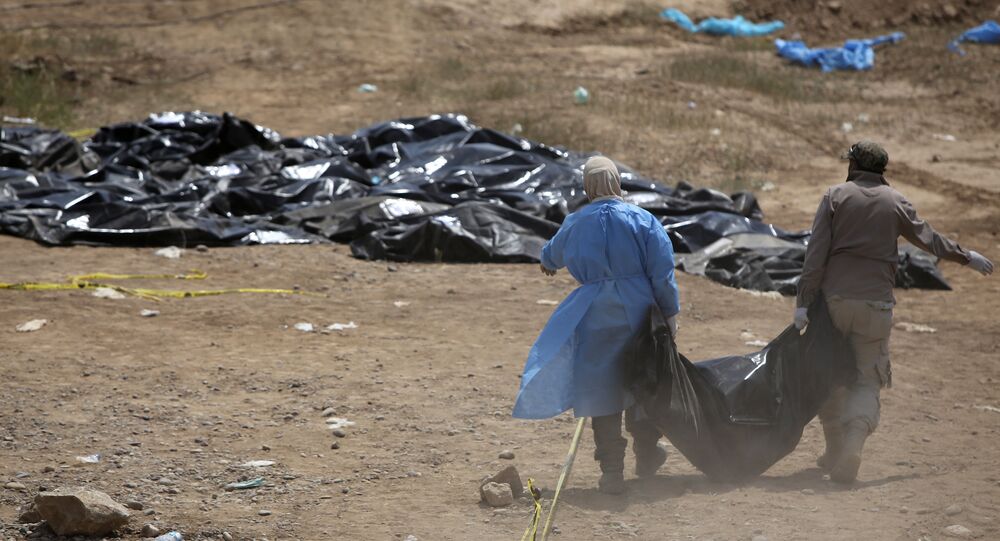 The Justice Ministry of Iraq carried out executions by hanging of 36 militants convicted over the Camp Speicher massacre, according to minister's statement.

MOSCOW (Sputnik) — Iraq hanged 36 militants over the 2014 massacre of hundreds of military recruits at Camp Speicher near the city of Tikrit, Iraqi Minister of Justice Haidar Zamili said on Sunday.

"The Justice Ministry carried out executions by hanging of 36 militants convicted over the Camp Speicher massacre," the minister of justice said as quoted by Iraqi newspaper Al Mada.

© Flickr / U.S. Department of Defense
US-Led Coalition Hits Daesh Finance Storage Center Near Mosul in Iraq
The men, sentenced to death in February, allegedly took part in the Camp Speicher attack carried out by the Islamic State (IS) jihadist group, banned in many countries including Russia.  Over 1,700 Iraqi recruits were killed in the attack.

The executions took place in a prison in the southern Iraqi province of Dhiqar. Approximately 400 of the Speicher attack victims were from this province, the governor's spokesperson said, according to the media.