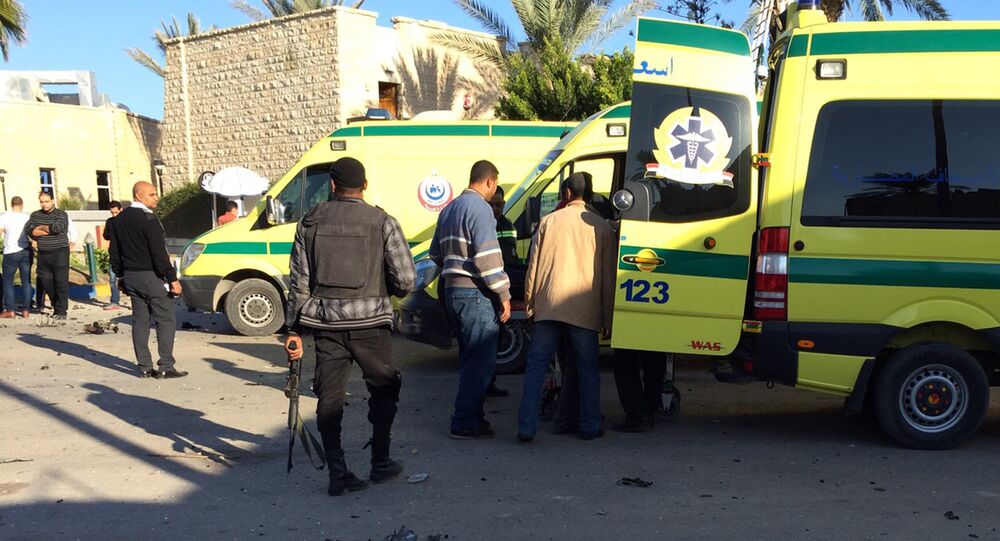 A police conscript was killed and five other Egyptian policemen on Friday were injured by an improvised explosive device (IED) in Egypt's North Sinai, local media reported.

MOSCOW (Sputnik) — According to the Al Ahram newspaper, the device exploded in the western part of the city of Arish.

Egypt is fighting a jihadist insurgency in northern Sinai since the army, led by President Abdel Fattah Sisi, overthrew then Islamist president Mohamed Morsi in 2013. Police and security forces have been the target of deadly attacks by Islamists in the area.

On Thursday, two conscripts in their twenties from the Egyptian Armed Forces were killed by snipers in North Sinai.

In 2014, an indigenous militant group in Egypt’s Sinai pledged allegiance to Daesh, a terrorist group outlawed in many countries, including Russia and the United States. The self-proclaimed Wilayat Sinai has subsequently claimed responsibility for a number of deadly attacks against Egyptian security forces in North Sinai.

Love of Allah is Not the Only Reason People Join Daesh

Daesh Claims Responsibility for Attack on Police Outside Moscow